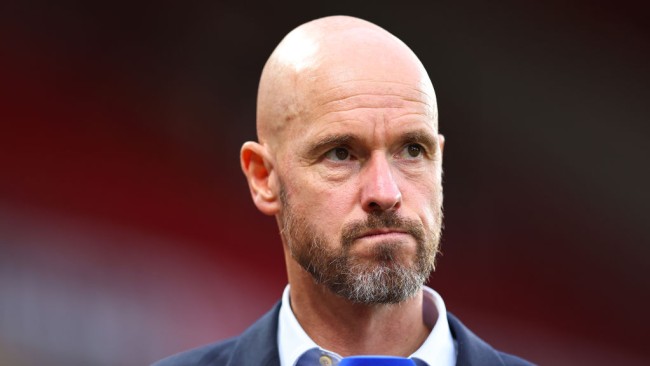 Manchester United head coach Erik ten Hag has risked the anger of the dressing room by allowing Harry Maguire to go on holiday, according to reports.

The United skipper was absent for the Red Devils’ 3-2 away win over Omonoia Nicosia in the Europa League. Maguire was also ruled out of the 6-3 thrashing at the hands of Man City after picking up a hamstring injury during England’s draw against Germany.


Ten Hag is said to have a strict injury policy that means all injured players must remain at United’s Training Ground to recover. But, the Dutchman has allowed the defender to go on holiday to ‘clear his head’ in a move that could frustrate the United stars.

While United were struggling against Neil Lennon’s side, Maguire was allowed to jet off to the Quinta do Lagofor golf resort in Portugal.

“Erik has high standards for everyone to abide by. He expects all injured players to remain with the group,” a source said to the Sun.

“He believes they should function as one unit – injured or not. But in Harry’s case he felt there were exceptional circumstances. He wanted him to have a mental break from the pressure he’s under.


“He went away with his family and Erik hopes that will put him in a better place to recover from injury and rediscover his form.” Ten Hag is desperate for the England international to return to the form which convinced United to part with £80m to sign him.

Maguire endured a torrid evening of football in England’s final game against Germany, losing the ball and then giving away the foul for the 2014 World Cup winners’ penalty, before losing the ball high up the pitch, allowing the Germans to counter attack for their second.


However, Ten Hag threw his full weight behind Maguire when asked by the media. “I have to back him but I back him because I believe in him,” Ten Hag said in his pre-match press conference before Man City clash.

“I can see the qualities and even after he wasn’t in the team he trained really well and, more importantly, the quality was really there. You see his career, almost 50 caps for England, for Leicester and Man United – he’s performing really well, what you see is high potential.

“And then it’s about him. The players in the dressing room, the coaches, the manager believe in him. That’s what I told him, I’m sure he can do it and he will turn it around, I’m convinced of that.”

4 months ago
Liverpool were not given a penalty in their 3-2 defeat to Mikel Arteta’s Arsenal because of Gabriel’s close proximity to the ball. Gabriel Martinelli gave Arsenal the perfect start at the Emirates with a goal after only 58 seconds into the game. But Liverpool felt they should have been awarded […] 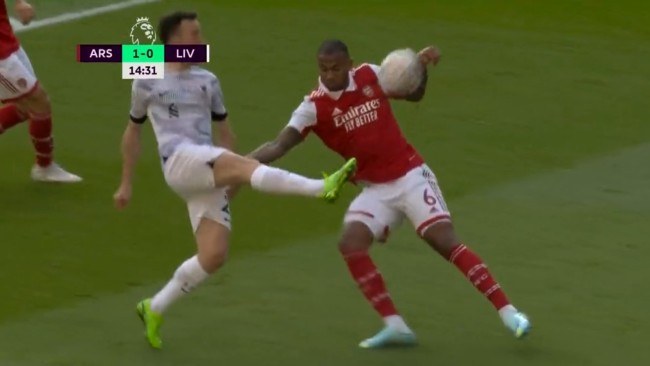