Exactly 24 hours passed between Roma confirming their agreement with Bordeaux to sign Malcom, and the player ending up in Barca’s hands.

Official tweets had been sent by both clubs, a medical was already planned, and even fans began turning up at the airport to welcome their new hero. But he came there none.

While Roma were formulating a deal to sign Malcom, Barcelona were thinking about their next move with Chelsea and Willian.


After Chelsea made clear that only an amount surpassing their €60m plus offer would be acceptable, at which point Manchester United also upped their interest in the winger, Barcelona dropped their plans.

With the help of their Brazilian dealmaker, Andre Cury, agent Junior Minguella, and the player’s representatives, Fernando Garcia and Guilherme Miranda, a switch was put on the table and, the player wasn’t boarding his flight to Rome.

La Gazzetta dello Sport reports that Roma had only agreed to pay €40m but Barcelona handed over slightly more than that.

What it meant, come Tuesday evening, was that Malcom’s transfer to Barcelona was complete, and officially announced.


On Wednesday, he will undergo a medical at the club and travel to the United States to join up with his new teammates.

After Barcelona’s announcement, Lupi director of football Monchi talked on his thoughts about the deal.

“Everything was done, but about an hour after the announcement, there started to be suggestions of a new interest from Barcelona,” he told reporters at Robin Olsen’s unveiling.

“I was very surprised when one of the representatives of the player called me to tell me that Bordeaux had withdrawn permission for the player to travel to Rome.

“I called [Bordeaux president Stephane] Martin , and he told me that an offer had come in from Barcelona that was better than ours and that if we did not raise our offer we could not have the player.


“I told him that we had an agreement, we had made the deal, but he said that nothing had been signed and that, despite having exchanged some documents to be signed, nothing could be done.

“We did not want to enter an auction: we could not continue like that, and yesterday we had only raised our offer because of the willingness and desire of our president,” he added, with Roma lawyers looking into the situation.
“So that was how everything ended.”j

Thu Jul 26 , 2018
Anthony Martial is edging closer to a Manchester United exit after the forward decided to leave the club’s tour early. The France international has returned to Paris to be at the birth of his son, but Jose Mourinho is unhappy about the late notice that was given and the club […] 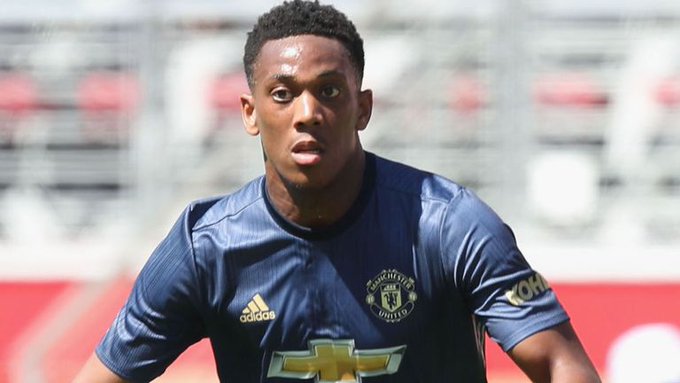