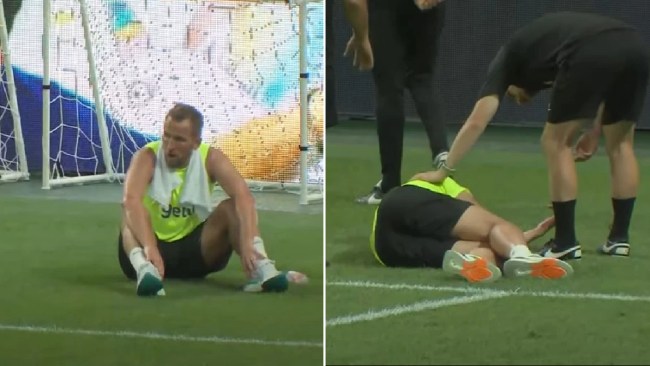 Harry Kane and Son Heung-min were among the Tottenham stars who felt the brutality of Antonio Conte’s pre-season regime.

Tottenham have begun their pre-season tour in South Korea and are set to play Team K League in their first friendly game on Wednesday.


On Monday, Spurs trained at the World Cup Stadium in Seoul in front of 6,000 supporters and those in attendance caught a glimpse of the tough fitness sessions Conte has used throughout his managerial career.

After rondo warm-ups, a number of drills and a 10-on-10 game across two thirds of the pitch, Conte got his players running 42 lengths of the pitch at a quick pace with minimal rest after three lengths.


And the grueling runs proved too much for Kane and Son, who collapsed to the ground at different stages of the training.

Those who returned to pre-season training earlier than the group which included Son and Kane were given the easier task of running 30 lengths of the pitch.

Temperatures inside the stadium were around 30C, while there was little breeze to help cool the players down.

Troy Parrott, who was impressive during the running drill, conceded Conte’s sessions were ‘tough’.


‘It depends who you ask,’ said 20-year-old forward. ‘I’m quite a good runner naturally, but yeah it’s been tough. It’s been hard work but it’s all preparation.’

Ivan Perisic, who joined the club on a free transfer from Inter Milan earlier this summer, did not take part in the session due to injury.

‘We’re talking about a really good player, strong physically, good quality with both feet,’ said Conte of Perisic in an interview with SpursTV. ‘He can give us a lot.

‘[Bissouma] impressed us in these two games [against Brighton], he played very well. But the whole season he played really well. He’s another important player we’re adding to midfield.

‘We know very well [Richarlison’s] talent. We’re talking about a striker that can play in every three positions in front. I like him. He’s strong mentally.

‘It’s not easy to play against him because during the game he’s always very strong. We need this type of player with great character. Strong physically but at the same time with good quality.’


Dejan Kulusevski, who made an instant impact after joining from Juventus in January, pulled out of the session due to a suspected calf problem.

7 months ago
Chelsea manager Thomas Tuchel remained coy over the club’s link with Cristiano Ronaldo when asked about a possible deal by a supporter. Ronaldo is pushing to leave Manchester United this summer and Chelsea are among the teams who have been offered the opportunity to sign the 37-year-old. Chelsea’s new co-owner […] 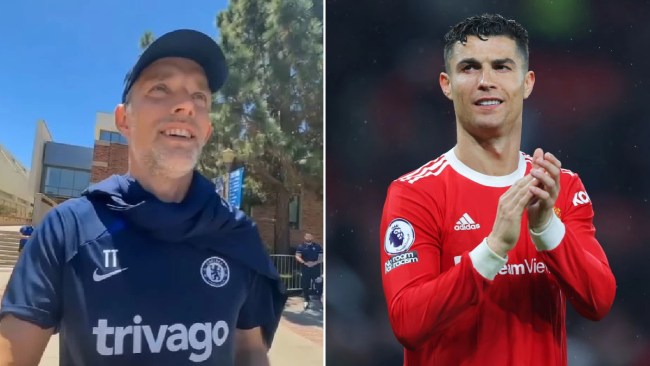