Mourinho and Conte have traded blows in the past in the Premier League when the former was managing Manchester United and the latter was in charge at Stamford Bridge l.


Current Inter boss Conte had described Tottenham coach Mourinho as “fake” and a “little man”  after the Portuguese brought up old match-fixing charges against him.

Mourinho’s current issue with Conte involves Christian Eriksen, who appears certain to leave the club either in January or in the summer when his deal at Spurs expires.


Conte has spoken openly about his club’s pursuit of the player, which has not gone down well with Eriksen’s current head coach.

When asked which representative of Inter Milan had been speaking about the future of Eriksen, Mourinho did not hesitate to call out his old nemesis Conte by name.

“We shouldn’t speak about players from other clubs until they become our players. You ask me about Gedson [Fernandes, Spurs’ new signing from Benfica] since the moment Gedson’s name was on the screen and I told you nothing [until he signed].

“You protect everybody. Is it a question of respect? I don’t want to give you a headline. That’s up to you.

“So when I see people speaking, especially people with responsibilities, I am a little bit surprised.”

Mourinho managed Inter between 2008 and 2010, leading the club to a treble in his final campaign in charge. However, the 56-year-old has distanced himself from those running Inter currently, though he expressed his admiration for the club as a whole and its fans.

“This is not my Inter,” he said. “I have no connections with the people [running the club] so I think it’s nothing to do with that.

7 months ago
Liverpool boss Jurgen Klopp has called Manchester United’s tactics “strange” and says his team must “protect” themselves against counter-attacking football. Klopp once again questioned United’s strategy ahead of facing Solskjaer’s side on Sunday, having accused the club of “just defending” whenever they play the Reds after their 1-1 draw in October. Those […] 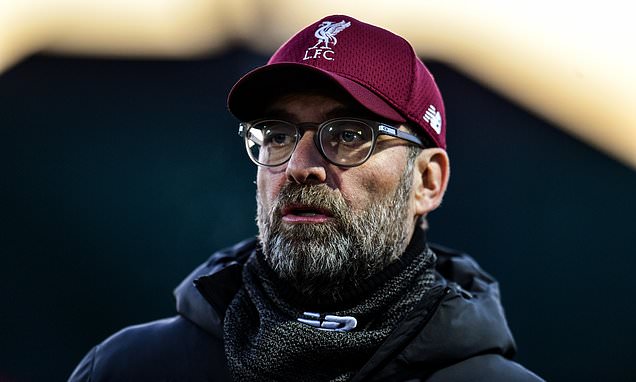