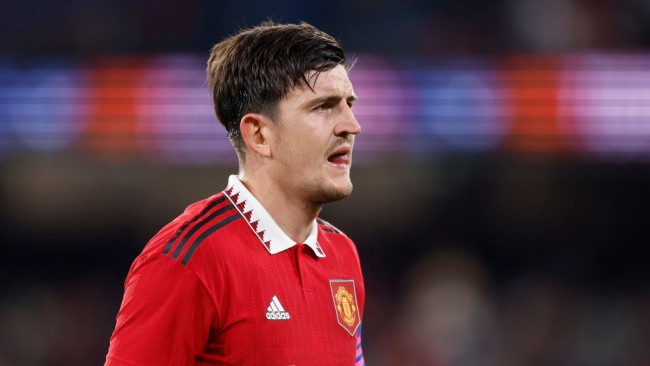 Erik ten Hag has challenged Harry Maguire to prove he is truly capable of leading Manchester United ahead of the arrival of Lisandro Martinez.

Maguire endured a poor 2021-22 campaign but will start the new season as club skipper with ten Hag keeping faith in his captain.


There will be greater competition for starting roles at the back with the signing of Martinez, who will join the club from Ajax in a deal worth an initial £55m.

The 24-year-old will be fighting for a first-team role alongside Raphael Varane and Lindelof but ten Hag has suggested Maguire will remain one of the first names on the team sheet – providing his displays merit it.


‘I always see the captaincy as an issue that I dictate,’ ten Hag said. ‘The team building for me is an important point and I always talk about a group of leaders. The captain is a really important one and I’m happy with him.

When asked if Maguire is a first-team player, the United manager said: I think he is. He’s proved it in the past but he also has to prove it in the present time and in the future.

‘He has played how many times? Sixty times for England? He is a career that is really impressive and I expect a lot from him. But there is also internal competition and that is what a club like Man United needs. You cannot win with 11 players.

‘We need a squad, especially this season with so many games. We have the Europa League, at the weekend the Premier League and the World Cup. So we need a full squad with high-quality players, not quantity.’


Ten Hag also revealed that Martinez has been brought to Old Trafford to improve the team, not the squad.

‘I think we have good players there but I think also that we need a squad that is also good and deep. I analysed United’s squad last year in the left part of the defence.

‘He is left-footed and that is an advantage in possession and also in defending. And I think he also brings a South American spirit, control, aggressiveness.

‘He can bring spirit to the team and in cooperation with the fans, I think it will fit really good to Manchester United and the way we play.’

6 months ago
Chelsea defender Trevoh Chalobah has warned the club’s new players that they will need to impress if they are to earn a place in the starting lineup. The 23-year-old broke into the Blues’ first-team last campaign, making 30 appearances and memorably scoring on his Premier League debut against Crystal Palace. […] 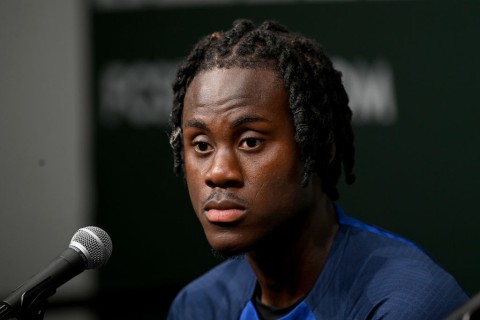