Lingard has fallen down the pecking order at the club and even failed to make Ole Gunnar Solskjaer’s matchday squad for the 3-1 defeat against Crystal Palace on Saturday.


Lingard has spent his entire career at Old Trafford, graduating through United’s academy to play 207 games for the first-team and win the FA Cup, EFL Cup and Europa League.

With the England international now frustrated with his lack of game-time at the club, a transfer to Tottenham – to work under Mourinho – may appeal.

According to ESPN, Mourinho wants to welcome Lingard to north London and has told Tottenham chairman Daniel Levy to attempt to secure the attacker’s signature before the transfer window closes on October 5.

It is claimed that talks between intermediaries are now underway, with the 27-year-old open to leave United in order to revive his career.


But, Solskjaer wants Lingard to stay in Manchester and has even reportedly reassured him he will get his chances during what is a hectic and gruelling campaign.

However, For Mourinho to sign Lingard, Tottenham may need to sell Dele Alli, who was left out of the squad for Sunday’s 5-2 win over Southampton.


Tottenham have already signed Gareth Bale and Reguilon from Real Madrid this week. And Following his loan move to Spurs, the Wales superstar said: ‘It’s nice to be back. It’s such a special club to me. It’s where I made my name.

‘Hopefully, now I can get some match fitness, get under way and really help the team and, hopefully, win trophies.

‘I always thought when I did leave that I would love to come back. ‘I feel like it is a good fit. It’s a good time for me. I’m hungry and motivated. I want to do well for the team and can’t wait to get started.’

4 months ago
Arsenal manager Mikel Arteta has eased fears over Kieran Tierney’s injury after the left-back missed the 2-1 victory over West Ham on Saturday. The Scotland international was in line to start the game against the Hammers, but was pulled out at the very last minute due to a ‘muscular discomfort’ […] 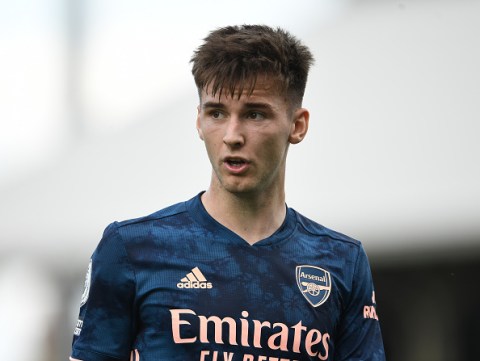