West Ham have announced the signing of Felipe Anderson from Lazio, with the deal expected to be around £33.5 million.

The attacking midfielder has signed a four-year contract with the London team.

“I feel really happy and fulfilled to join West Ham United,” Anderson told the club’s official website . “West Ham is a club with a lot of tradition, lots of great players have played here, like Bobby Moore, Carlos Tevez and Di Canio.


“They were great players and idols here, and I’m aiming big, who knows, maybe I could hit their heights and be a legend here too. I’m really happy to be here. It’s a dream come true.

“I want to thank the owner, David Sullivan, because he made a big effort to bring me here. I know how difficult it was, so I have to thank him a lot, and I hope I can repay his faith in me on the pitch with goals and winning games.”

Director of football Mario Husillos said: “We are very happy and pleased to welcome Felipe to West Ham United.

“We believe that we have signed one of the most exciting talents in European football. Felipe has shown a fantastic level of performance at Lazio in recent seasons and we believe that he will now bring that quality to the Premier League. He is also a player very suited to the style of Manuel Pellegrini.


“For West Ham United this is a very big statement, a club record, so we must thank the owners for their support and work in making this transfer possible.

“It is a negotiation that has taken some time but it is a very good sign that Felipe was determined to become a West Ham player, and we feel very confident that he will become a big success at London Stadium.”

Sun Jul 15 , 2018
Napoli threatened Jorginho with an ultimatum in order to force the Italy international into joining Chelsea this week. The midfielder completed a £52million transfer to Stamford Bridge on Saturday in a deal that shocked City. Pep Guardiola was desperate to sign the Brazil-born midfielder and City believed he was on […] 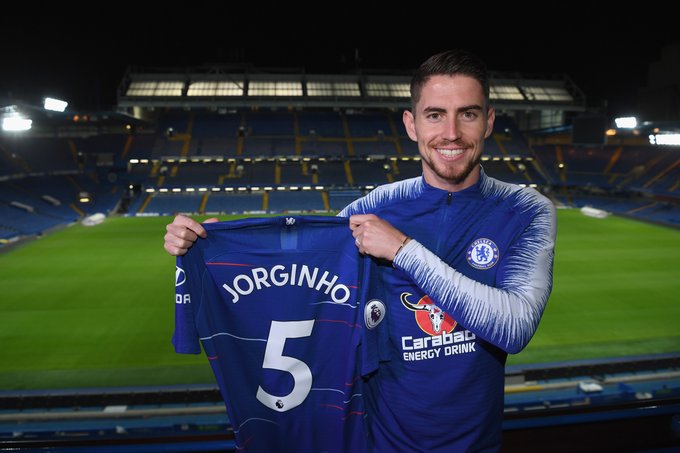