Liverpool midfielder Gini Wijnaldum has revealed how Jurgen Klopp gave a pre-Champions League final meeting in Cristiano Ronaldo underpants prior to their 2018 game with Real Madrid.


The pressure was on Liverpool as they headed into their first European Cup final since 2007, while Real Madrid were aiming to win their third title on the spin.

But, aware of the nerves his players might be feeling ahead of the match, Wijnaldum has revealed how manager Jurgen Klopp lifted the pressure by arriving for a team meeting wearing Ronaldo-branded boxers.

“We saw he was wearing the boxer shorts of Cristiano Ronaldo,” the Dutchman told The Athletic.  “He did the meeting with his shirt stuffed inside his ‘CR7’ boxers. The whole changing room was on the floor laughing their heads off.

“That really broke the ice. Usually in those situations, everyone is serious and concentrated. But he was relaxed and made this joke.


“He’s done hundreds of jokes likes that. If you see that your manager is really confident and relaxed, it will have an effect on players. He is a father figure in those things for the players. With his jokes and his body language, he takes the pressure off players.”

Despite being on the losing side on that occasion, with two goals from Gareth Bale helping Real Madrid to a 3-1 victory over the Reds, they would go again in 2018-19 and win the trophy this time around, beating Tottenham in the final.

And Wijnaldum talked about the special relationship the former Dortmund head coach has with his players, saying he sees the German as a friend, as well as his manager.

He added: “When I have problems I can always go to the manager. I can text him a few days before and ask if he has a minute for me. He is always curious about what it is. ‘Is it something bad, good? What is it?’


“He always tries to empathise with the other person, to feel what they’re going through. He is a really special man for me. I see him as more than a manager – a really good friend.

“Everyone asks me how he is as a person. ‘Is it fake what he does on the sidelines?’ No, that is how he is. Even in training he is the same. That’s how he is.”

“On the inside, he is totally the same as before. He is always honest and makes sure that we don’t want to fly. He tries to keep us with both feet on the ground,” he said.

“At the beginning of the season, when we were winning games, he was sometimes angry and mad at us because we were not 100 per cent focused. He was like, ‘Do everything right, work right, put in 100%. That is what brings us here. Every slip will let it go, it can be the other side again.’ He kept us with both feet at the ground.


“That is Jurgen. It was a good thing for us to see. He didn’t change after the good results that we had. As players, you sometimes have that much confidence that you say, ‘We will be all right.’ He always says, ‘You can’t manage what happens on the pitch, but you can prepare us as well as possible.’

“Now, when we slip a little bit and think things will work with 95% or so, he is there to knock us down. ‘One-hundred per cent – or you have nothing. We have to do it that way, that is what brought us here. That is how we have to continue.’ That’s one of the reasons why we had a good season last year. Everyone stays focused, even in training.”

Wed Aug 14 , 2019
Liverpool defender Virgil van Dijk is confident that Chelsea still have the ‘quality players’ to cope without their star player Eden Hazard this campaign. The 28-year-old brought an end to his seven-year spell at Stamford Bridge by joining Real Madrid this summer window in a deal worth an initial £88million […] 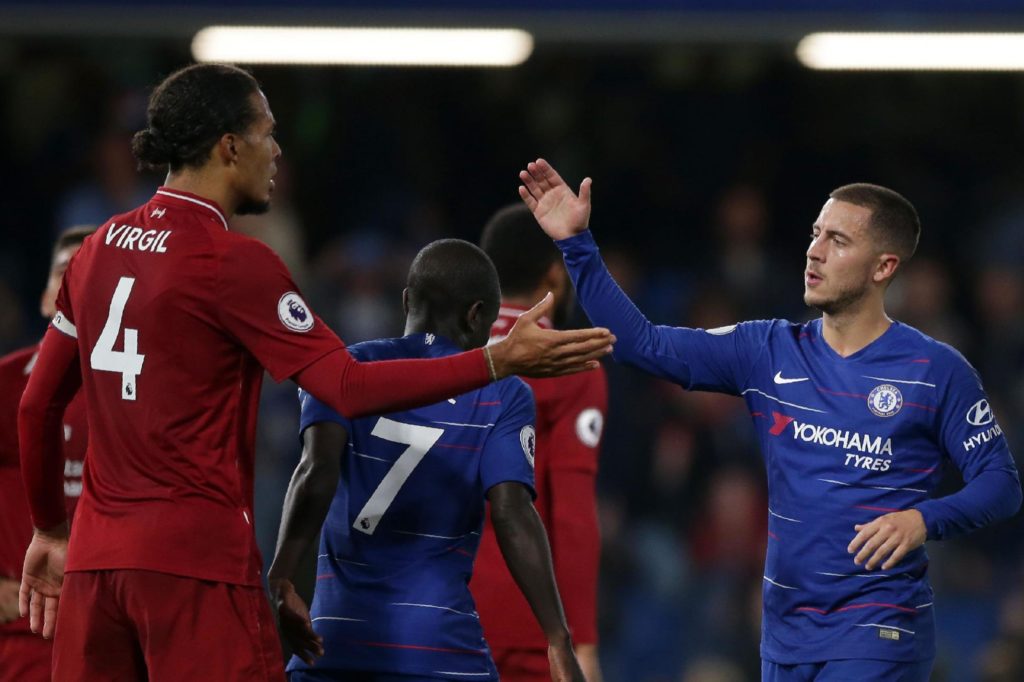