Liverpool defender Virgil van Dijk is confident that Chelsea still have the ‘quality players’ to cope without their star player Eden Hazard this campaign.


The 28-year-old brought an end to his seven-year spell at Stamford Bridge by joining Real Madrid this summer window in a deal worth an initial £88million which could rise to £130m including add-ons.

Hazard’s exit would have hit any club hard, but Chelsea’s transfer ban meant Lampard was unable to sign any replacement for the forward ahead of the 2019/20 season.

However, Virgil Van Dijk has backed Chelsea to thrive this campaign, with Lampard setting up his side ‘a little bit different’ to former manager Maurizio Sarri.


‘[Hazard] is a quality player and he was important to them but I think they have plenty of quality players,’ Van Dijk said ahead of Liverpool’s Super Cup match with Chelsea.

‘I think they play a little bit different than they did last year. We will analyse them and then we will be prepared. Nothing that happened last season will have any impact on what is going to happen. It is going to be a new game.’

On the challenge of coping without Eden Hazard, Lampard said: ‘For me, clearly [Hazard is] one of the best players in world football and last season, but not just last season, over his time at Chelsea he was the most productive player in the team generally, in terms of assists and goals and a leader.

‘You cannot replace him individually, I think it’s pretty much impossible because of the high, high level he is at now in his career.


‘But the good news and the positive news for us and we must stay calm and be patient with this [is] we have a group of players, some younger players, some experienced players, that now have the opportunity to show that collectively and individually they can step up because yes, you are missing a huge amount of assists and goals, that’s clear.

Thu Aug 15 , 2019
It will go down as one of the most infamous moments in Carabao Cup final history as Chelsea goalie Kepa Arrizabalaga appeared to refuse his manager’s orders by refusing to come off against Manchester City last season. The Spaniard would not adhere to Maurizio Sarri’s wishes on the touchline and stayed on the pitch despite Chelsea wanting to replace […] 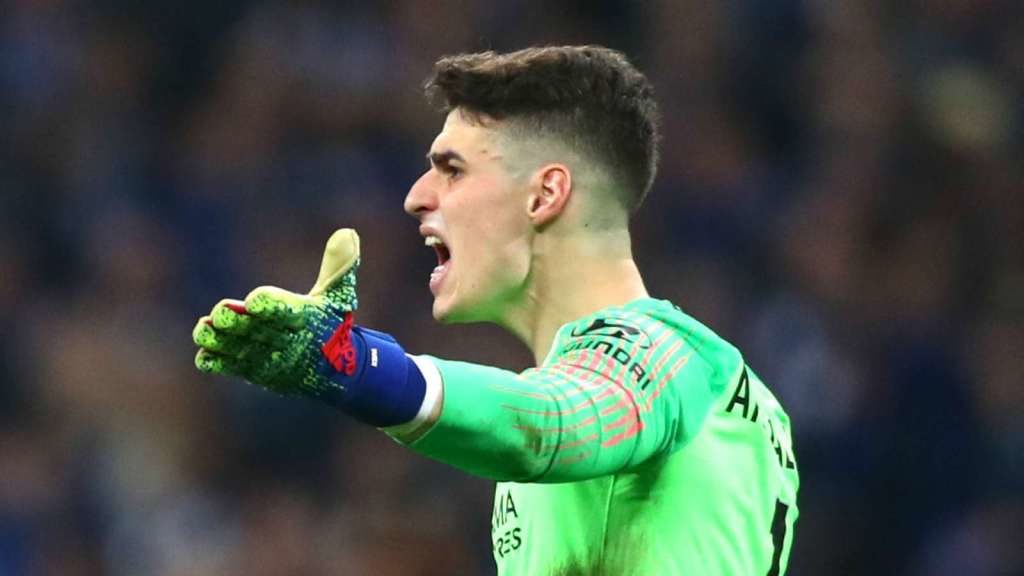