Arsenal legend Ian Wright has criticised Andreas Christensen and N’Golo Kante for their errors in the build-up to Aston Villa’s equaliser in Monday’s draw at Stamford Bridge.

Frank Lampard made six changes from the team that lost 3-1 to Arsenal last week, including Antonio Rudiger and Christensen replacing Kurt Zouma and Thiago Silva at centre-back.


Olivier Giroud opened the scoring for Chelsea with a fine headed effort from Ben Chilwell’s cross after just 34 minutes.

However, Villa pegged them back early on in the second half through Anwar El Ghazi, who stole in unmarked to convert Matty Cash’s fine delivery.

In the build-up to Aston Villa’s equaliser, Christensen went down after a challenge with Jack Grealish, but while the midfielder got up and moved on, the Chelsea centre-back didn’t.

That left a huge hole in the Chelsea backline, which the Midlands side exploited. And speaking on Premier League Productions after the match, Ian Wright singled out both Christensen and Kante for criticism.


‘I’m very disappointed there with Christensen because we see Jack Grealish get up here and it’s not a knock that’s going to make him have to leave the game,’ Wright said.

‘I don’t want to see my centre-half lying on the floor like that when you know nothing is wrong with you.

‘You can see all the problems it’s caused. Kante should’ve got back quicker, maybe [Cesar] Azpilicueta could’ve been a little bit more aware but he’s worried about Jack Grealish and in the end they score the goal.


‘They deservedly score the goal but my problem with this is he [Christensen] gets up and he plays on so I believe if Grealish can get up and play on, he should play on as well.

‘Then you look at Grealish, he occupies Azpilicueta, then it’s Kante, we’re talking about one of the best defensive midfielders in the world and his awareness of where El Ghazi was and the awareness that the other centre-half wasn’t in there baffled me that he didn’t recognise that situation.’

Roman Abramovich to sack Lampard as Chelsea manager on one condition

2 months ago
Roman Abramovich will sack Frank Lampard if he doesn’t deliver a top-four finish this campaign according to Craig Burley, who says the blues manager is now on the “chopping board”. Lampard guided Chelsea to a top-four finish and the FA Cup final during his first campaign in charge at Stamford Bridge. Lampard recieved a […] 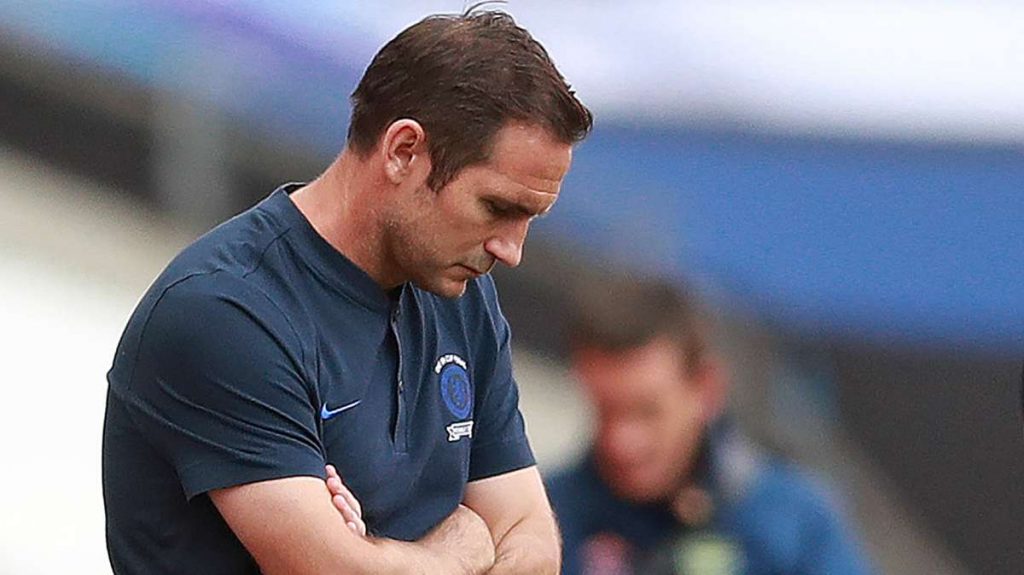