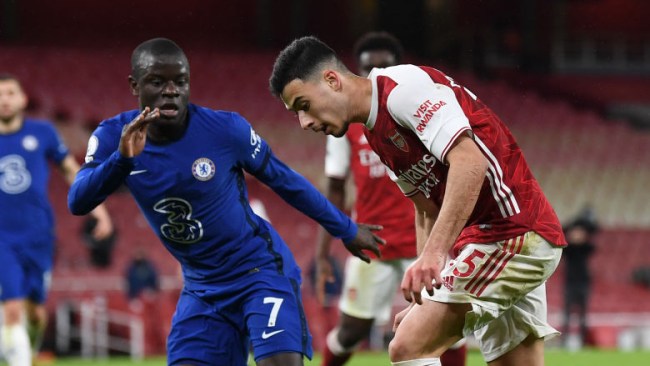 Arsenal forward Gabriel Martinelli could not resist trolling N’Golo Kante after tormenting the midfielder once again in Arsenal’s win over Chelsea on Boxing Day.

The Brazilian youngster’s return from injury has helped the Gunners and he played a key role in Saturday’s game despite not getting a goal at the Emirates.


Martinelli had four shots in the London derby, the most of any player on the pitch, and was a danger for Lampard’s side throughout, also pressing and harrying with tenacity and energy.

Chelsea struggled to get to grips with the player and no-one more so than Kante, with Martinelli toying with the France international in an outstanding first-half performance.

As time ticked away before halftime, and with Arsenal two goals up, Martinelli raced down the left flank before cutting inside sharply, sending Kante sliding to the floor in what was a poor display from the Frenchman.

It also brought back memories of the last time Martinelli played against Chelsea, before he got injured, when he had embarrassed Kante – and the teenager clearly has not forgotten about it.


On Monday, put a snap of his goal against the blues in January on his Instagram stories 2020, when he scored a brilliant goal, capitalising on a slip from Kante to race through on goal to grab an equaliser for the Gunners.

The game ultimately ended 2-2, with Hector Bellerin scoring a late equaliser after Lampard’s side had again taken the lead. 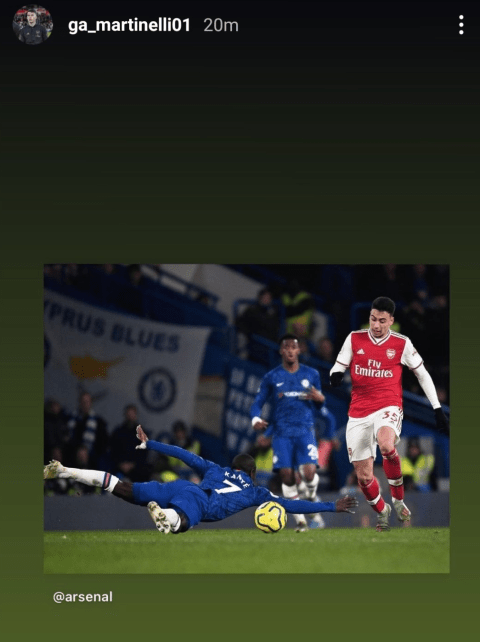 Martinelli’s return has boosted Arsenal and with a run of matches against Brighton, West Brom, Crystal Palace and Newcastle upcoming, they will be hopeful of moving up the league table.

2 months ago
Arsenal legend Ian Wright has criticised Andreas Christensen and N’Golo Kante for their errors in the build-up to Aston Villa’s equaliser in Monday’s draw at Stamford Bridge. Frank Lampard made six changes from the team that lost 3-1 to Arsenal last week, including Antonio Rudiger and Christensen replacing Kurt Zouma […]