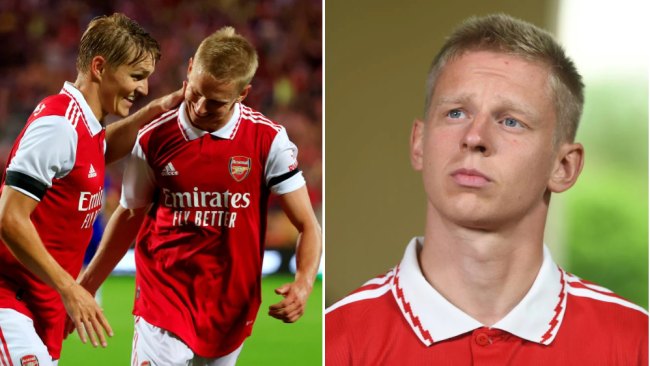 Oleksandr Zinchenko has warned his Arsenal team-mates not to get carried away after they destroyed Premier League rivals Chelsea 4-0 in a pre-season friendly.

The Gunners rounded off their US tour in style at Orlando’s Camping World Stadium as goals from Gabriel Jesus, Odegaard, Bukayo Saka and Albert Sambi Lokonga sealed a superb win.


Zinchenko played 45 minutes against Chelsea, having completed a £32m transfer move from Manchester City at the end of last week.

The Ukraine international, who won four Premier League titles at City, has been impressed by the quality in Arsenal’s squad but says more improvements are needed ahead of the new campaign.


‘It’s a massive pleasure to be here and I’m so happy with the result,’ Zinchenko said. ‘In terms of the game, of course, we did well, but there is still a couple of things we can improve.

‘4-0 is a great result, but this is a friendly and in the Premier League it will be different. I hope the result will be the same, but we need to work hard.’

Despite only joining up with Arteta’s squad last week, Zinchenko feels he is already settling in to his new surroundings, largely thanks to his relationship with Arteta.

‘I need to adapt as soon as possible and I am already starting to feel my team-mates really well and I am enjoying it here,’ the 25-year-old said.


‘I want to say thanks a lot to the lads, all the coaching staff and to the medical staff for the warm welcome. That helped me a lot.

‘The quality here is unbelievable. There’s a lot of very good players and I realise how high the level is.

‘One of the main reasons I came [to Arsenal] was our manager, Mikel Arteta. I know him very well from my time at City and don’t forget that my boyhood team was always Arsenal, so the dream has come true.’

Arsenal finished fifth in the Premier League last campaign, narrowly missing out on a top-four spot to London rivals Tottenham.

Arteta was impressed by his side’s display against Chelsea in Florida but echoed Zinchenko’s sentiment that the game must be taken in a pre-season context.


‘There were a lot of positives in the way we played but it was a friendly match,’ the Gunners boss said. ‘There are still a lot of things we have to do better, so don’t get carried away.

‘But I think it’s good to get some momentum, finish the tour in the right way, give some enjoyment to our fans and everybody that’s been contributing to make this tour happen. ‘Now it’s time to go back to London, to focus and keep making improvements and steps forwards.’

6 months ago
Chelsea are blocking Barcelona from signing Cesar Azpilicueta and Marcos Alonso after the La Liga giants hijacked their move for Jules Kounde. The London club expected to welcome French defender Kounde to Stamford Bridge this summer but Barcelona have joined the race despite their financial difficulties. Barca are now confident […] 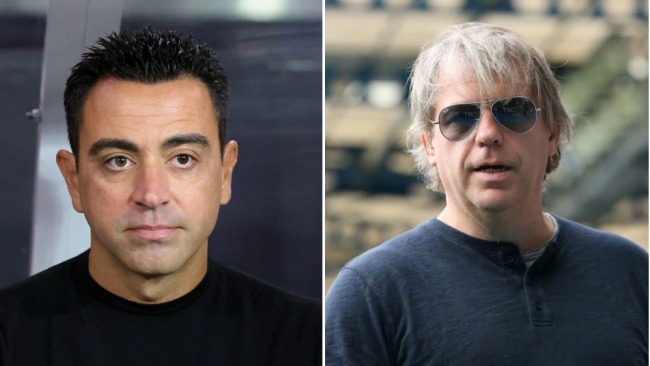