Former Arsenal manager Arsene Wenger has conceded that he stayed at the club for too long, describing his stay as the biggest mistake of his career.

The Frenchman parted ways with the Gunners after 22 years and was replaced by Unai Emery, having failed to finish in the top four for two consecutive years.

And Wenger concedes he probably overstayed his welcome but claims he was obsessed with aiming to deliver the title.


Asked what the biggest mistake of his career was on French radio station RTL , he said: ‘Perhaps staying at the same club for 22 years.

‘I’m someone who likes to move around a lot, but I also like a challenge. I’ve been a prisoner of my own challenge at times.’

Wenger has been linked with a return to management, and even discussed taking over as head coach of the Japan national team , and has previously rejected the offer to take charge of France.

He explained: ‘I’ve had the opportunity numerous times to be France manager. I’m not sure if it was before or after (Raymond) Domenech. Maybe both.

‘I’ve always been more interested in the day-to-day aspect of management. I find it much more stimulating.

Wed Jul 18 , 2018
Maurizio Sarri distanced himself from the rumours surrounding Eden Hazard and Thibaut Courtois during his opening press conference as Chelsea head coach. Both Hazard and Courtois have been heavily linked with moves to Madrid this summer and both players are are yet to return to London after Belgium’s World Cup […] 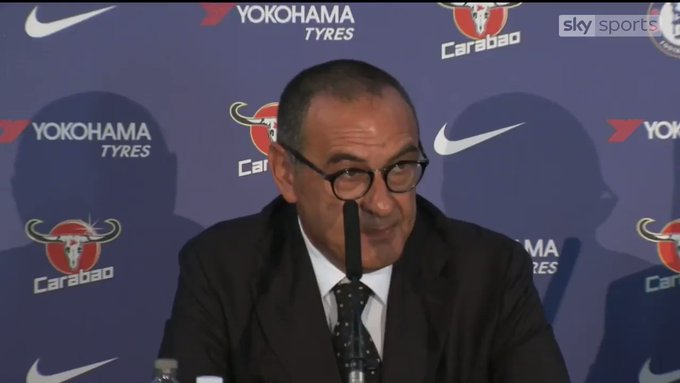