UEFA announced on Friday that Man City had been handed a two-year suspension from European competition and a €30 million fine for breaching their FFP rules.


The club have since confirmed that they will appeal the decision made at the Court of Arbitration for Sport.

Former Arsenal manager Arsene Wenger is in favour of capping finances but believes further work is still needed to ensure there will be no need questioning the legality of certain actions.


“I was always for control of the financial rules. Let the clubs work with the natural income they have,” said Wenger, who now works for FIFA as its chief of global football development.

“The rules have been created. I am convinced that at the moment there is an evolution to be made in the way the rules are built up at the moment, but they are what they are and you have to respect them.

“People who don’t respect them and are caught trying to get around the rules in more or less legal ways have to be punished. If it’s proven that this has been done on purpose then this cannot go unpunished.

“Sport is about winning by respecting the rules. If there’s no respect for the rules, it’s not real sport, which is what I think is most important.

“I don’t know the rule exactly well enough to see what kind of punishment has to be made when the rules are not respected.

“They have not created that. It must be in the rule book. Somebody has not said ‘let’s do that’. No, this is certainly the sanction that is planned if the clubs don’t respect the rules.”

The ban imposed On Man City by UEFA has led to speculation over the future of some of the club’s star players, as well as manager Pep Guardiola.

Tue Feb 18 , 2020
John Terry has criticised Rudiger’s positioning for Manchester United’s opening goal against Chelsea on Monday, while he dug out Christensen for not staying on the pitch to continue. Chelsea conceded shortly before half-time as Aaron Wan-Bissaka whipped in a good cross which was headed into the far corner by Anthony […] 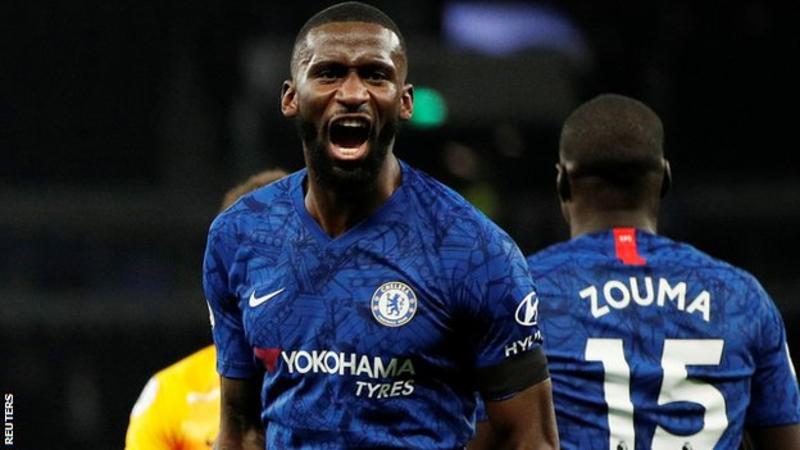