Jurgen Klopp says Liverpool need to assess Mohamed Salah before discovering the extent of the injury he suffered in the victory over Newcastle United.

Salah was in tears as he was taken off the field on a stretcher during the key Premier League win at St James’ Park on Saturday.


The Egyptian international scored Liverpool’s second goal and was in the dressing room when Divock Origi netted the decisive winner late on.

Speaking after the win, Klopp said: ‘[Mo] watched the [rest of the] game inside, he was OK. He got a proper knock on the head. We need to do further assessments.

Klopp added: ‘The way Newcastle played, it was just difficult to deal with in general. It’s really difficult to defend all these situations and we cannot defend them, it kept them in the game.

‘We had so many fantastic moments of football, we should’ve finished it off before they scored the second goal. It’s brilliant, that’s football, it’s not important, what the boys did is unbelievable.


‘It’s brilliant, so deserved, it was a tough game against a physically stronger team than us. We had to fight, I couldn’t be more proud.

‘I was calm because I thought it’s destiny, the boys try everything and you just have to try it, we were aggressive, tried to push but then we had the break around Mo and he had to go off.

‘I said the only way is to play football, we have fresh legs and they were so honest in what they did.

‘Newcastle, credit to them, they tried everything, but we have three points and have qualified for our final.

‘You play the whole season so intense, we are not the best team in the world and we have to work hard.

‘There are no easy games and now at the end of the season we have three games in six days. That’s really hard.

‘I didn’t see anyone being nervous, we just tried it, no silly fouls, just really clear, it’s an important lesson for us that we can deal with that like this.’

‘Newcastle gave Liverpool a very good game in the second half.

‘I do think Liverpool deserved to win but they were sketchy at best in the second half and it looked for a long time that they were not going to get that winner.

‘Another big goal by Origi to try and help Liverpool towards the title.’

Sun May 5 , 2019
Chelsea forward Eden Hazard has told the club’s board to honour their commitment of letting him join Real Madrid this summer transfer window. The Belgium international was keen on leaving the club after the World Cup in 2018 and conceded earlier this campaign that he had told the club of […] 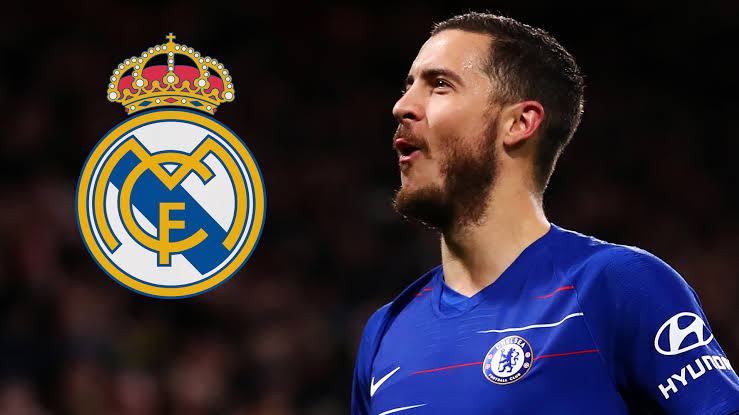