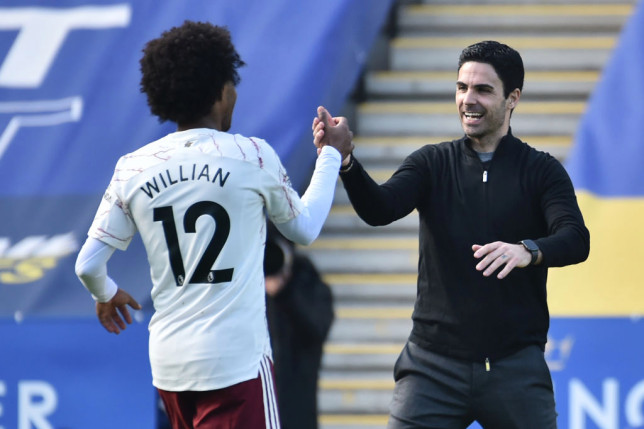 Arsenal manager Mikel Arteta has praised Willian for overcoming a tough period in his career and feels the winger along with three more players stepped up against Leicester.

Fresh from progressing to the next stage of the Europa League, Arsenal faced a difficult trip to the King Power Stadium and were behind early on after a goal from Tielemans.


But they went into half-time with the lead; David Luiz levelled the scores, through a cross from Willian, and then Lacazette got a goal from the penalty spot.

Arsenal scored a third in the second half, with Willian teeing up Pepe for a tap-in, and they enjoyed a comfortable 3-1 victory.

When asked about Willian’s return to form, Arteta said: ‘Yeah he was really good and we have seen that in training in the last few weeks. ‘I think he is revealing himself, he is not accepting the situation.

‘I thought he was the player that changed the game against Benfica in the last few moments when he came on and today I think it was a repeat.


‘And the same for all the senior players, Laca, I think the way he played, Nico, he grew in the game and he had a big impact as well.

‘And Granit. I think a player that has played that many minutes, to play with the heart and the passion that he showed in every action, I think it’s a good example for the rest of the players.’


On Xhaka, he added: ‘You see him. If you have to put an example on that pitch about character, about going to every single ball with that determination, probably it’s him.

‘He’s played more minutes than anybody else but he keeps going even when he’s so tired and tries to help the team in the right way.

‘The same for David Luiz. David, for someone like him at his age, to play again after the game we had against Benfica, it was tough. But they showed their real attitude, they wanted to play and be involved and that’s the best way to approach every game.’

2 months ago
Edinson Cavani said he was ‘looking forward to coming back soon’ as he hinted he was close to a return to first-team action after Manchester United’s goalless draw with Chelsea. The Red devils appeared to miss Cavani up front as they lost further ground on Premier League leaders Manchester City […] 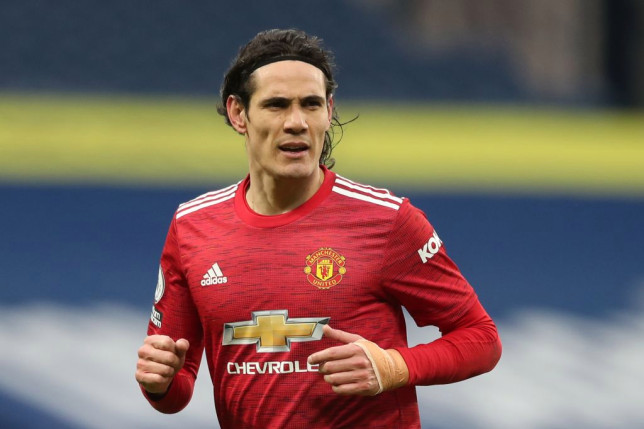