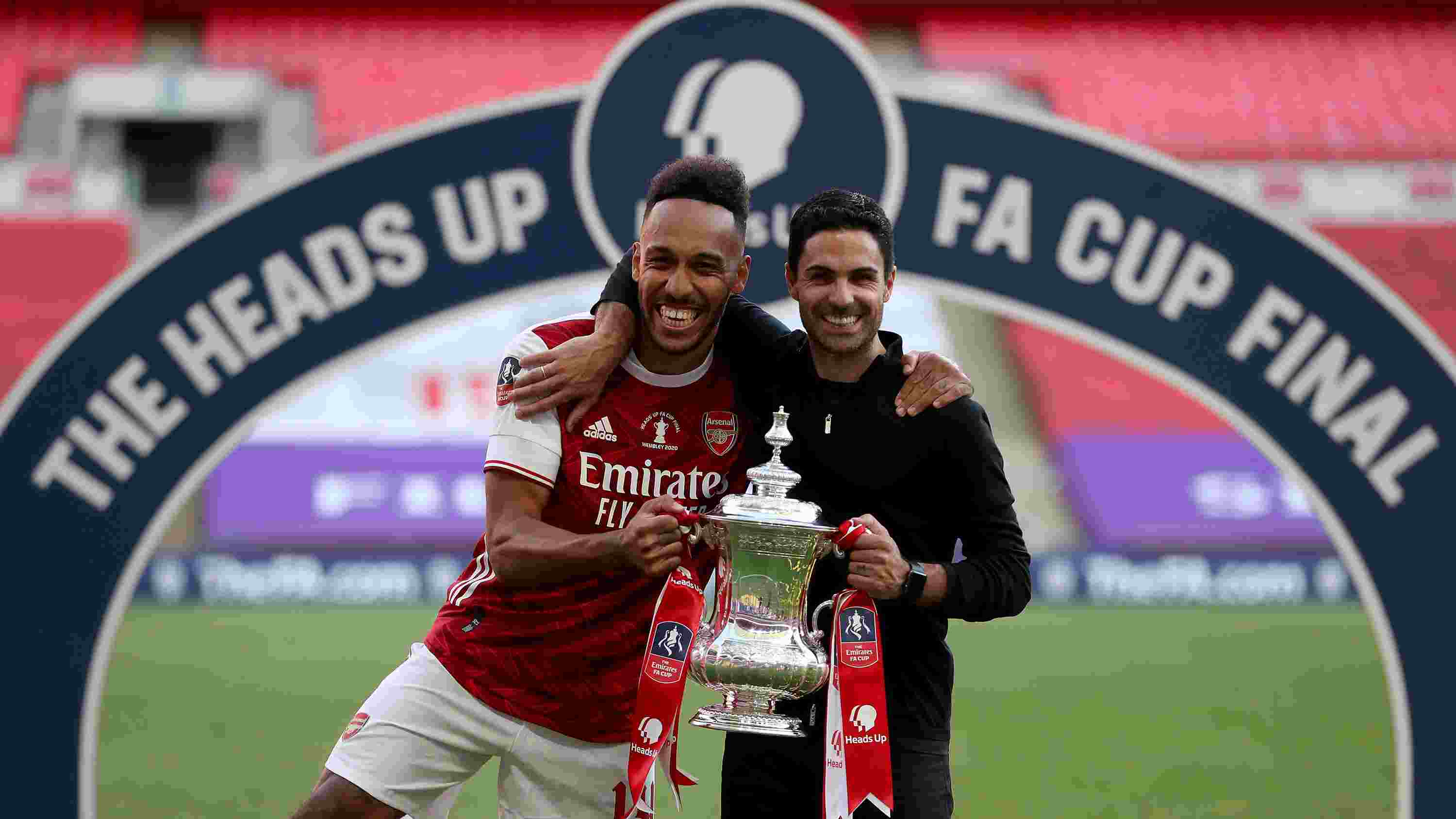 Arsenal striker Pierre-Emerick Aubameyang says he is ‘not thinking about’ his future at the moment after his brace sealed their 14th FA Cup trophy in a 2-1 victory over Chelsea.

The Gabonese forward has entered the last year of his current deal and could leave for free in less than 12 months if he fails to sign a new contract.


Mikel Arteta has said he is confident that the club skipper will commit his future to the gunners, despite Arsenal misssing out on Champions League qualification.

Aubameyang is believed to want a three-year deal worth around £250,000-a-week and proved his worth again with two goals against Chelsea.

However, Speaking after the final whistle, the former Dortmund player refused to commit on his future at the Emirates.

‘I am really not thinking about this now I really just want to enjoy with the guys and take the trophy now,’ he told BT Sport.


‘I think everyone gave their best for the team today, we deserved it. The journey has been long, great evening, I will enjoy all night for sure, I had this inspiration.’

And Aubameyang’s second of the match was worthy of winning any game, as he wriggled through Chelsea’s defence to fire past Willy Caballero with his left foot.


He spoke about the finish, with the club legend Ian Wright among those in attendance: “It was Wrighty of the 90s.

“[Kurt] Zouma knows me well and knows I am right footed but that’s why I said ‘ok, I’ll go on my left’.”

6 months ago
Christian Pulisic and Cesar Azpilicueta have been ruled out of Chelsea’s Champions League second-leg game with Bayern Munich after they both picked up hamstring injuries in the FA Cup final against Arsenal. Azpilicueta and Pulisic went off during the 2-1 defeat to Arsenal, while Pedro could not finish the match when […] 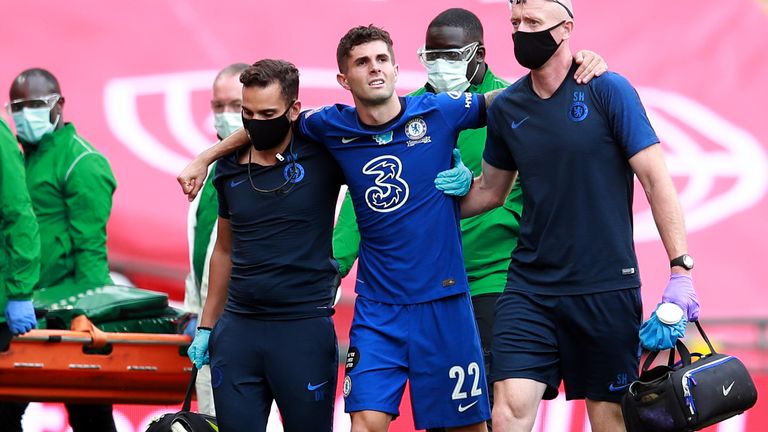