Jose Mourinho says he is “in the dark” over the future of Paul Pogba at Manchester United but insists the midfielder has never told him he wants to leave the club.

Pogba’s career at Old Trafford has been the subject of intense speculation since the summer window with rumoured interest from Barcelona and his former club Juventus.


The World Cup winner told Sky in Germany in September “who knows what will happen in the future” and the Portuguese also appears uncertain.

“In this moment I’m completely in the dark,” Mourinho said ahead of their Premier League match against Watford.

“The only thing that is clear for me is that the player never, never in all these days we are together, told me he wants to leave.

“Paul came back after the World Cup in the week before the start of the Premier League so we have been together for about two months or so and he has never told me that he wants to leave.

Mourinho was asked if he believed Pogba’s agent Mino Raiola was aiming at arranging a move for the 25-year-old.


“For example this week I read a few things that Gareth Southgate supposedly said but then I watched the footage and he didn’t say at all what was written.

“So if I watch Mr Raiola saying on the screen that the player wants to leave and that he is organising a way for him to try to leave then I will believe.”

Mourinho: I fell at Wembley on purpose

Sat Sep 15 , 2018
Manchester United head coach Jose Mourinho has joked his Wembley fall was deliberate – so as to give the media something to write about him during the break. The video of Mourinho falling while attempting to jump over the rope barrier at Wembley ahead of England’s 2-1 loss to Spain […] 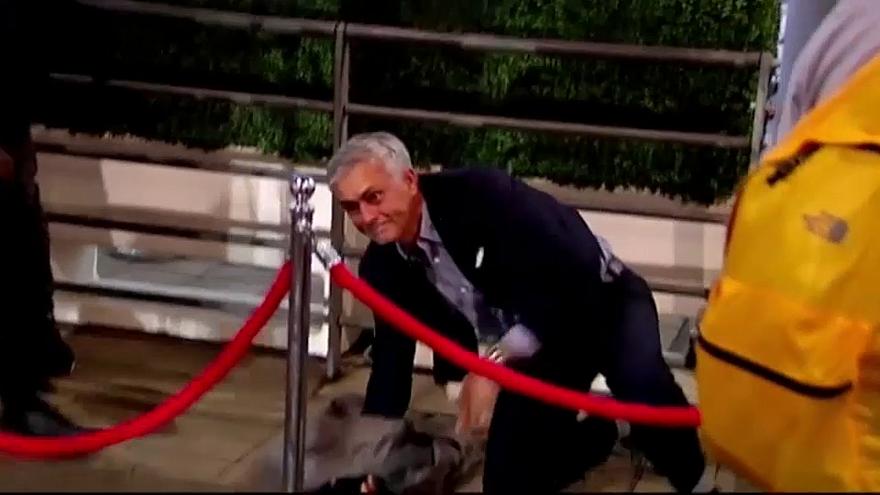