Juventus’ director of football has spoken out on reports linking the club with a move for Manchester United star Paul Pogba.

Pogba started his professional career at Manchester United but joined Juventus in 2012. Two years ago he returned to Old Trafford for a then-world record transfer fee.

But the World Cup-winner is already being linked with another transfer and is said to be pushing to leave United ahead of the January window.


Despite stripping Pogba of the vice-captaincy, Mourinho denied he had fallen out with the midfielder, before the both of them were filmed exchanging words in training on Wednesday.

Juventus sporting director Fabio Paratici was asked about the rumours linking Pogba with Juventus and said: ‘He is a Manchester United player.

‘As long as he remains a Manchester United player, it’s best that I don’t talk about players at other clubs.’

Pogba and Mourinho are believed to have exchanged heated words at United’s training ground after the head coach became concerned by an Instagram post that Pogba sent after the defeat to Derby County.


‘There’s a power play going on here,’ said Carragher on Sky Sports. ‘But if you’re asking me – because it looks like it’s Mourinho or Pogba – who do I see in the right between these two: Jose Mourinho.

‘They’ve both been there exactly the same amount of time, two years, I think Jose Mourinho has done more than Pogba in that time.

‘Now another question is should Mourinho be getting more out of a £90m player? Or other players? But in terms of this, I don’t know if Pogba is worth the hassle for what he gives on the pitch.

‘There’s an idea that it’s one or the other, so if Mourinho goes we’ll see a new Pogba. We won’t. I can assure Manchester United fans you won’t.

‘No-one plays for two years and then all of a sudden you change your manager and you’re a different player.


‘We’re seeing [right now] what Paul Pogba is as a player. He’s not as good as he thinks he is. He’s not.

‘He’s got talent, but his big problem is his understanding of the game. It’s been a problem since he came, and it’s still a problem now.’

Fri Sep 28 , 2018
Cesc Fabregas has said that he believes Chelsea could struggle to keep Eden Hazard next summer window unless they agree a on a new contract. According to reports, Chelsea are prepared to make Hazard the highest-paid player in the club’s history if he agrees to sign a new long-term deal, […] 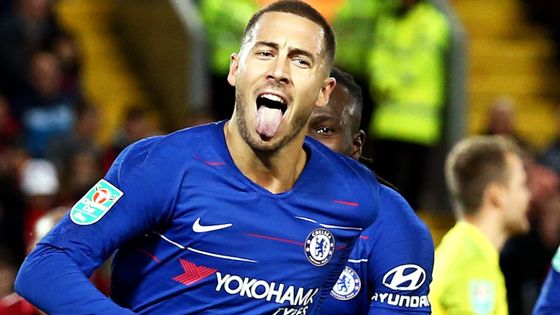