Dani Carvajal has claimed Neymar said he would sign for Real Madrid when he was with the youth team back in 2006.

The Brazil international was invited for a trial training session with the club 12 years ago before seeing a first-team game from the president’s box at the Santiago Bernabeu.


The transfer failed as Neymar returned to Santos before moving to Barcelona in 2013, but reports continue to link the player with a transfer to Real Madrid.

The Brazilian has been tipped to join Madrid for much of the last season after reportedly struggling to settle in France after last year’s world-record €222million move from Barcelona to Paris Saint-Germain.

Real right-back Carvajal has added fuel to the transfer speculations with his comments on the matter, saying Neymar has always said he will play for Madrid at some point in his career.

“I remember Neymar perfectly well in the youth team,” he told Libero. “He told us that he was going to stay and we all lifted him up and celebrated with him.”


Carvajal came through the Madrid youth system before rejoining Real as a 21-year-old from Bayer Leverkusen.

The Spaniard has won 13 major trophies with the club, including four Champions Leagues, but he concedes he would like to play in the Premier League before he retires.

“I do think about it,” the 26-year-old said when asked if he has considered playing abroad.

“And I am clear that I want to play in the Premier League. It is an experience that I really want to have.


“I don’t want to be left wondering what it would be like. But, on the other hand, I would like to spend my whole career here, which would be something very nice, too.”

Tue Oct 9 , 2018
Chelsea defender Antonio Rudiger has been forced to pull off from Germany’s squad for the upcoming UEFA Nations League matches because of a groin injury. The 25-year-old required treatment after Chelsea’s routine win over Southampton on Sunday. Rudiger will now miss Germany’s Nations League matches with Holland and France, although […] 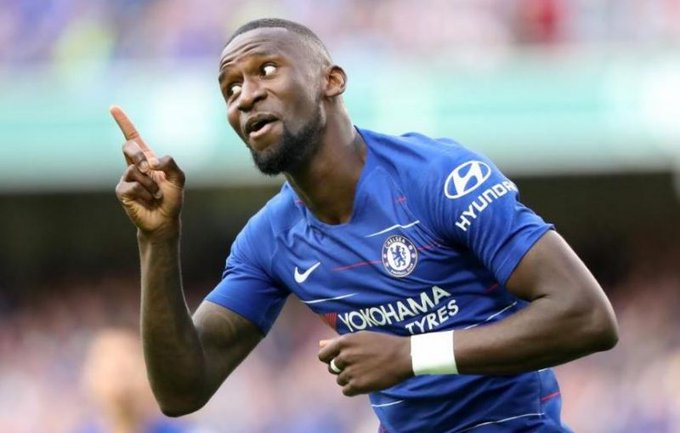