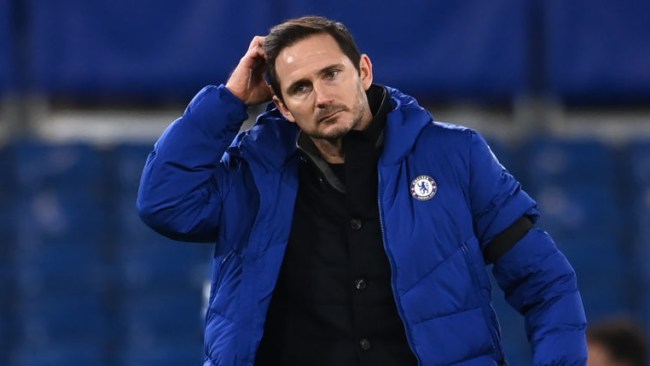 Frank Lampard’s future at Chelsea is under huge threat after another poor result and the London club are already looking at possible replacements, according to reports.

Chelsea’s winter slump continued on Sunday against Manchester City, losing 3-1 and giving up 18 shots – the most by an opposing team at Stamford Bridge in the last seven years.


After an even start, Man City cut through Chelsea with ease in a ruthless first-half display, with Ilkay Gundogan, Phil Foden and Kevin De Bruyne all getting on the scoresheet in the game.

The blues have now won just one of their last seven games in all competitions and slipped down the table, with their latest defeat leaving them in 8th place in the standings – just three points ahead of Arsenal.

Pressure is currently mounting on Lampard and, according to The Athletic, the club have already begun drawing up a plan with a view to replacing Lampard if the current slump continues.

Lampard, who spent 13 years at Stamford Bridge as a player, is not expected to be given any extra time to turn things around, with the board prepared to act just as ruthlessly as they have done previously in the past.


In fact, Chelsea may not even give Lampard time to turn things around, particularly after seeing Mauricio Pochettino snapped up by PSG; the former Tottenham manager was highly rated at Stamford Bridge and would have been the first choice to replace Lampard.

According to The Athletic, Chelsea’s board are also aware of growing tensions between Lampard and some players within the squad who feel they are being overlooked in favour of his trusted regulars.


Any assessment of Lampard’s job so far will also look at the huge backing he was given in the summer, spending over £200m, but Timo Werner is enduring a poor run of form and Kai Havertz cannot even get in the starting lineup.

Chelsea will not hesitate in getting rid of Lampard if the poor run of form continues – they face Fulham, Leicester and Wolves in their next three league matches, which could be decisive.

9 months ago
Chelsea manager Frank Lampard has revealed the three reasons his team was defeated 3-1 by Manchester City in the Premier League on Sunday at the Stamford Bridge. Lampard said his players allowed Man City to take control of the match, find spaces between the lines and play with quality. Goals […] 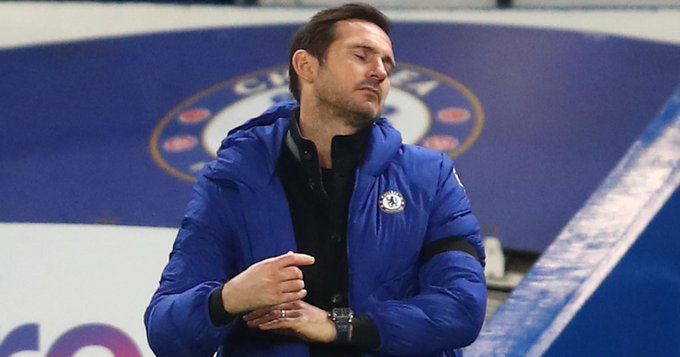