Pep Guardiola has banned his Manchester City staff from checking out on title rivals Liverpool on the final day of the campaign.

If Manchester City beat Brighton they will retain their crown, no matter what the Klopp side do against Wolves at home.


And a source told The Sun on Sunday: “Pep has been very clear. He doesn’t want to know how Liverpool are doing.

“He just wants everyone to concentrate on their own performance and win the game in front of them. He has been very strict and said, ‘We will not speak of them’.

“He respects Liverpool an awful lot but the title is in City’s hands.

“If everyone does their job, then the Liverpool result is immaterial. He’s very focused and expects the same from all of his players and staff.

“There will be no checking of mobile phones to find out the score.”


The Premier League title would be the second leg of an historic domestic treble for Manchester City.

They have already won the Carabao Cup and will face Watford in the FA Cup final.

Guardiola knows a single goal could be enough to help City to win today thanks to the skill of City No 1 goalkeeper Ederson.

The goalie is fighting Liverpool shot-stopper Alisson for a place in the Brazilian national team.

And the rivals are also fighting for the Premier League Golden Glove — with both players having kept 20 clean sheets.

The source added: “In Pep’s eyes, Ederson is a remarkable player. It caused a lot of upset when he got rid of Joe Hart, but Pep has been proved right.


“He’s confident one goal could be enough because he thinks Ederson’s the best goalkeeper he has ever worked with.

“He keeps reminding the squad they’re so close to making history again and wants them to believe in themselves.”

Sun May 12 , 2019
Manchester United’s Alexis Sanchez and Paul Pogba are at the centre of a cash-for-goals conflict ripping the club’s dressing room apart. SunSport claims Chilean flop Sanchez, is on an mouth-watering £505,000 a week, picks up a whooping £75,000 per goal, with an extra £25,000 for each assist. And Paul Pogba […] 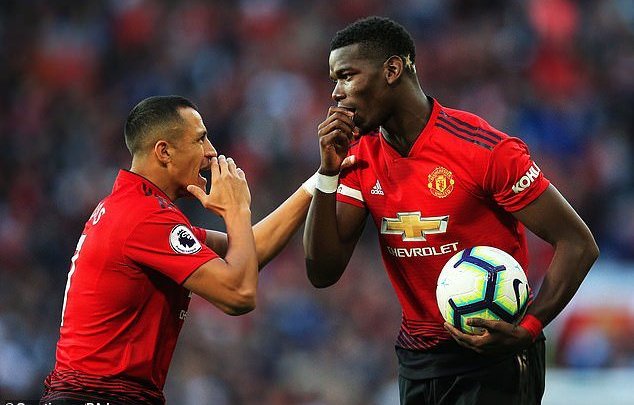