Jurgen Klopp has warned Guardiola that Liverpool are still on the ‘first step’ of their journey and will ‘be there again’ next campaign to challenge for the Premier League title.

Liverpool’s spirited fight for their first trophy in 29 years ended in failure despite a 2-0 victory over Wolves on the last day as City came from behind to beat Brighton 4-1.


The result meant Pep Guardiola’s team lifted the title for a second time in as many campaign and Liverpool must settle for the best ever runners-up with tally of 97 points.

Klopp said he ‘couldn’t be more proud’ of Liverpool’s squad after Sunday’s win over Wolves and sent his congratulations to City.

The German said: ‘Congratulations to Manchester City. We tried everything to make it as difficult as possible but not difficult enough. I couldn’t be more proud of the boys.

‘It’s incredible what they did all season and today was a strange situation. We were really good until 1-0, what happened then was clear. You can’t tell the people to calm down.


‘At that moment [when Liverpool fans celebrated Brighton’s goal] it was a shock for everyone and Wolves were there. We had to fight. In the end we scored two and kept a clean sheet. It’s nice but not how we wanted it.

‘It’s clear we had to work hard and City too. Our target during the week was to get 97 points, we got that – that’s special. We want to write our own history and we did.

‘Today feels not so good but we have plenty of time to prepare for an important game in three weeks.’

Klopp reassured Liverpool fans that they will keep hold of their important players this summer and promised City that his side will return stronger next term.


‘The team made so many big steps in the last year. The boys were all there from last season apart from Alisson. He had a big impact but all the rest were here last season.

‘It’s a very special season, a better season than I played with my team [Borussia Dortmund] when we were champions in Germany. But we cannot ignore one team were better.

‘It’s clear we were lucky in moments, like City were. We were unlucky against City but scored in the last second against Everton and late on against Newcastle, they could have been draws as well.

‘The season is a very long, hard one. You have to deal with setbacks. We were always competitive. City got the points they have because we were there. They have 198 points in two years, that’s special.

‘We made such big steps. It’s only the first step. Always after a good year we lost key play

Mon May 13 , 2019
Barcelona hierarchy are bracing themselves for interest from Chelsea in Philippe Coutinho as they go in search of a replacement for their star Eden Hazard. Goal reports that even though Coutinho wants to remain in Spain despite a disappointing first full season, some members of the club’s board of directors are keen to sell […] 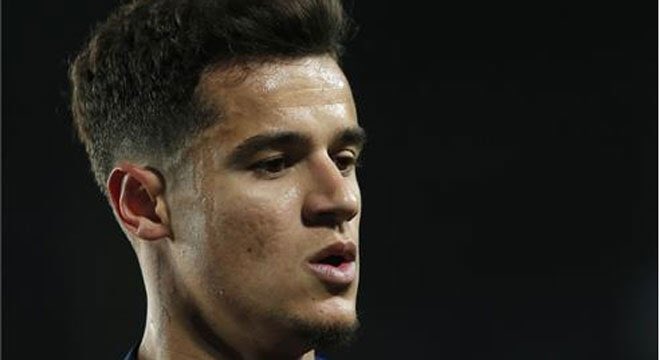