Footage emerged on Thursday of a small group of Blues supporters singing about a man who once played at Stamford Bridge.

The Egypt international was referred to as “a bomber” by the fans in question, with their actions condemned by Chelsea and senior figures in the club.


Liverpool also released a strongly-worded statement against those involved , with Liverpool boss Klopp now adding his voice to those calling for sanctions to be handed out to them.

“It’s disgusting, another example of something which absolutely should not happen,” he said in a press conference ahead of a clash Chelsea at Anfield on Sunday.

“We should not see it as a Chelsea thing or a Liverpool thing. It’s another sign that something is going wrong a little bit out there at the moment.

“It’s still only a few people doing it, but the stronger the reaction is from all of us, the more it will help to avoid things like this in the future.


“These guys now are football fans, and if you do something like that, you should not be able to enter a stadium again, in my point of view, in your life.

“It’s just a complete misunderstanding of how life should be. All kinds of racism are just that some people think they are worth more, more valuable than others. That’s the biggest misunderstanding in the world out there.

“As a part of the football community, I can say that these people should not be involved. Football is the best example for how different people, different races can work together brilliantly. Go in each dressing room, and you find them all there sitting there together, next to each other and nobody cares about where he’s coming from, who his parents were. It’s never an issue.

“That’s what I can say. They should not be allowed to be part of the football community again. They did it now, but hopefully we can avoid someone doing something like this again. Football is very public and we have a strong voice, we have to use that strong voice and show that we all think the same. Things like this are not allowed to happen again.”

Chelsea called the songs an “embarrassment”, with a club statement reading: “Chelsea FC finds all forms of discriminatory behaviour abhorrent and where there is clear evidence of Chelsea season ticket holders or members involved in such behaviour, we will take the strongest possible action against them.


“Such individuals are an embarrassment to the vast majority of Chelsea supporters who won’t tolerate them in their club.”

Liverpool went on to condemn footage, saying: “The video circulating online, showing vile discriminatory chants being aimed at one of our players, is dangerous and disturbing.

“This behaviour needs to be called out for what it is – unadulterated bigotry.

“As pertains to this latest incident, the club is working with Merseyside Police to ascertain the facts around this footage with the aim of identifying individuals featuring in it.

“In addition, we are working directly with Chelsea Football Club on the matter. We thank them for their condemnation and a commitment to act urgently to identify any individuals responsible.”

Klopp reveals his plan to stop Eden Hazard on Sunday

Sat Apr 13 , 2019
Liverpool manager Jurgen Klopp says his team will play with “13 players” to stop Chelsea star Eden Hazard at Anfield this Sunday, The Reds host Chelsea on Sunday as they continue their title charge, in a match reminiscent of that fateful game five years ago when Steven Gerrard’s slip helped […] 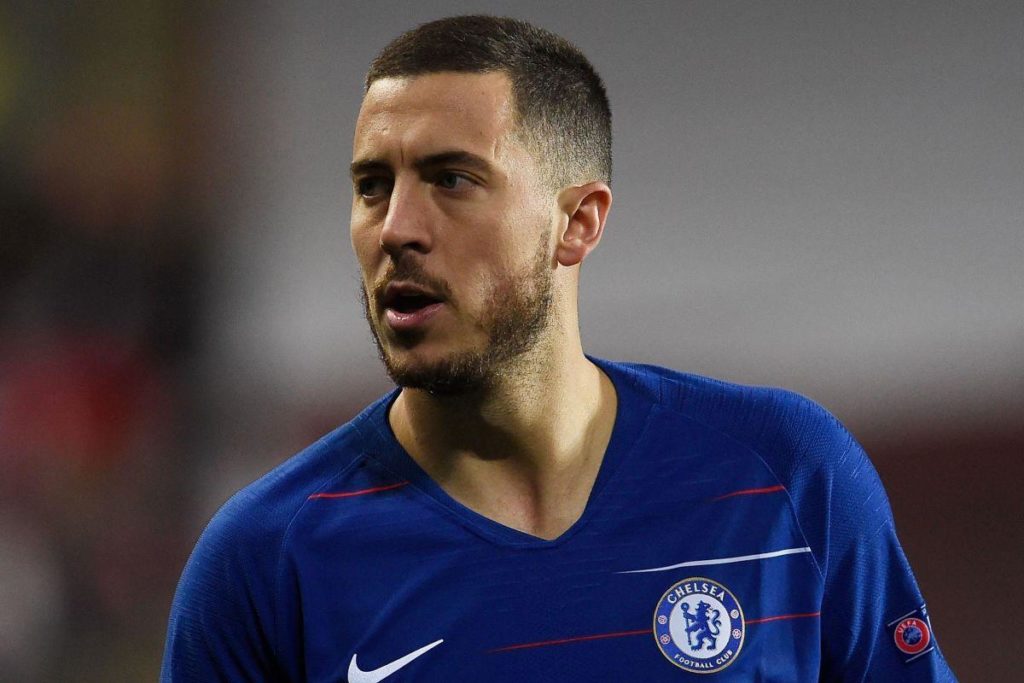