Jurgen Klopp has started the mind games in the Premier League title race by saying he expects Manchester City to win every game they have left.

The Reds sit two points above their rivals with four matches left to play but Pep Guardiola’s side still have a game in hand.


City still have two tough tests against Tottenham at home before the short trip to their noisy neighbours Manchester United.

They then play Burnley and Leicester before they travel to Brighton on the final day of the season.

But Klopp concedes their title rivals remain firm favourites because they have the ability to win every of their last five games.

He said: “We expect them to win all their games.
“We just need to get as many points as possible and if we’re champions then great, but if not it is still a really good football team.


“What a team, what a stadium, what an atmosphere. I’m so thankful I can be a part of this, it’s great. It’s just outstanding, very overwhelming at times.”

Guardiola admits that there is no room for a slip up if City are retain the title.
The Spaniard added: “If we just drop one or two points we won’t be champions.

“We have played with incredible personality in the last two or three months – for the last month we’ve known that if we drop points it will be more difficult if not impossible to win the title.

“Of course, Liverpool or us could drop points when you don’t expect, and football is unpredictable in that sense.


“But we don’t have any complaints – we have taken 183 points in two seasons and still have five games left. Those are incredible numbers and show how consistent we are.”

Tue Apr 16 , 2019
Manchester United manager Ole Gunnar Solskjaer has ordered his strikers to find their shooting boots against Barcelona after a poor first leg in the Champions League quarter-finals. United have to win away to mighty Barca on Tuesday night to reach the semis having lost 1-0 at Old Trafford in last […] 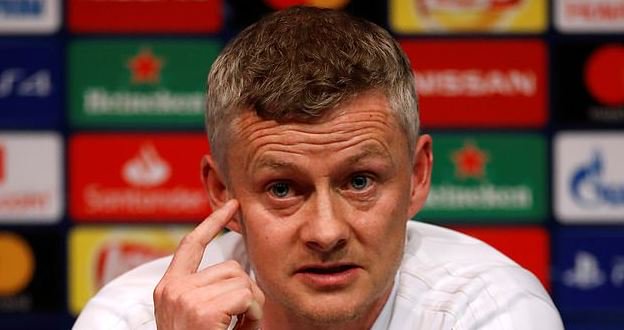