Liverpool head coach Klopp faces a possible touchline ban after accusing Friend of beong boased in their 1-1 draw with West Ham on Monday.

Sunsport reveal that Klopp let rip a verbal volley at the referee whn he stormed on to the pitch after the final whistle.


A Prem source said: “Klopp was complaining about Kevin and accused him of inconsistencies in the second half. Kevin told him he had to go away and they can’t talk on the pitch.

“Klopp then said, ‘I can’t talk to you,’ and Friend repeated, ‘Not now and not here’. Then Klopp called him ‘arrogant’ and walked off.”

Klopp conceded he had tried to talk to Friend but that he refused to discuss with him, however there was no further communication between the both of them.

Sunsport reports that Friend chose not to mention the issue in his match report a he did not feel threatened by the German and the match officials’ integrity was not questioned.


But that will not spare the German from the FA’s wrath with a misconduct charge and possible ban, after he was ordered to explain his comments in post-match interviews.

Klopp suggested that Friend had attempted to make up for his team’s offside opener when Milner should have been flagged offside in the build up to Mane’s goal.

He said: “I heard our goal was offside.
“I’m pretty sure the ref knew that in the second half. In 50-50 situations or 60-40, it was always a free-kick for the other team.


“Referees are human and I understand that but I didn’t during the game as I had no clue our goal was offside.”

Wed Feb 6 , 2019
Chelsea are targeting Philippe Coutinho as a possible replacement for Eden Hazard, according to reports. Hazard has sparked fresh speculation surrounding his future at the club this week by revealing that he has already made a decision about whether or not he will leave Chelsea at the end of the […] 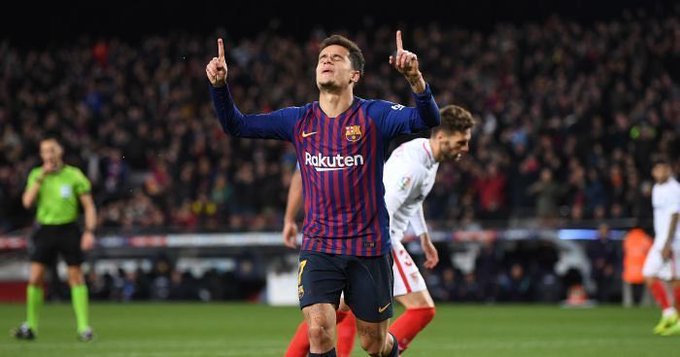