Antonio Conte has once again hinted at dissatisfaction with Chelsea’s transfer policy ahead of trip to Premier League leaders Manchester City on Sunday.

Asked why Manchester City had been able to forge clear of last season’s champions, Conte cited Guardiola’s relationship with the club’s owners and the provision to spend heavily in the transfer market, a luxury he was not afforded at Chelsea.

“I don’t know. This is not a question for me,” Conte said.

“The club has to show the ambition, not the coach. The coach has to work every day very hard.

“The club has to show the ambition.”


Ahead of match at the Etihad Stadium, Conte said: ‘I think last season Manchster City it was always a fantastic team but after one season the manager tried to improve the quality of the starting XI and in his squad and this is the result.

‘I think that we must have great admiration for this team because they are doing and having a fantastic path in this season.

‘Sometimes it is very difficult to find a weakness in this team and I think that when you work very well and there is great feeling between manager and club you can work in the way you want and improve your team in the best way and then Manchester City can spend a lot of money.

‘When you link the two situations, a good manager and much money to spend in the market and have the same ambition this is the final result.’


“Manchester City has the possibility to spend a lot of money and when you link these two situations – a good manager and much money to spend in the transfer market – this is the overall result.

Sat Mar 3 , 2018
One Arsenal player even almost cried during an emotional crisis meeting held after the Carabao Cup final thrashing at the hands of Manchester City. Arsene Wenger’s position at Arsenal seems to be in jeopardy after two defeats in five days to Manchester City and the club are considering replacing the […] 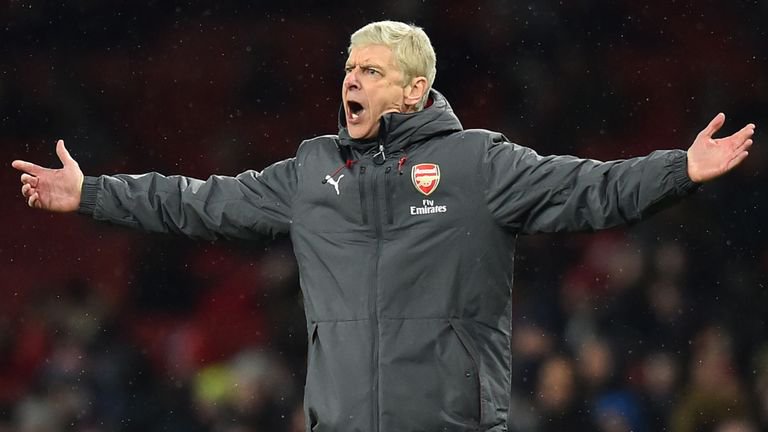