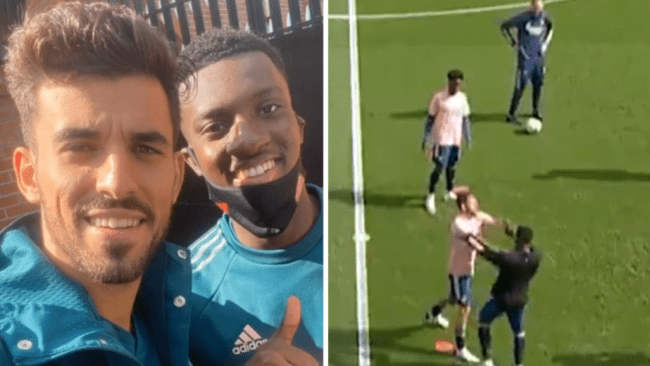 Dani Ceballos and Eddie Nketiah have already made up after having a clash during Arsenal’s warm up before Saturday’s 3-0 win over Fulham on the opening day of the Premier League campaign.

Both players were named on the bench for the game against Fulham and were taking part in a drill with the rest of the substitutes, but tempers flared when Ceballos went in late on the Arsenal forward.


The initial challenge resulted in an angry exchange of words and a shove from Ceballos, with the incident escalating further after a second late tackle.

The gunners midfielder got in Nketiah’s face, who stood his ground, and the duo started pushing and screaming at each other before a member of the club’s coaching team pulled Ceballos away.

However, BT Sport’s punditry team played down the incident, with Ferdinand saying it happens all the time in training, and it now appears both players have already forgotten about what happened.

Dani Ceballos uploaded a picture alongside a smiling Nketiah to his Instagram stories after the 3-0 win over Fulham, with the two appearing to be in great spirits.


Alongside the photo, the Real Madrid star wrote: ‘No problems here my brother.’

Arsenal boss Mikel Arteta was asked about the incident at his post-match press conference but he claimed he was unaware of the incident: ‘I haven’t seen anything, sorry. I was inside.’

Asked if the clash was the kind of passion that a club needs, Manchester United legend Rio Ferdinand said: ‘Yeah of course, this is part of it. I think at the end of the day sometimes it gets heated.


‘You’d see that probably once or twice a week at the training ground. It’s just we happen to be here, we’ve seen it. I’m sure Arteta won’t be too disappointed to see that.’

11 months ago
Chelsea defender Antonio Rudiger is delighted the club have signed Germany team-mate Kai Havertz and says he wants to learn from fellow summer signing Thiago Silva. Chelsea wrapped up a £70m deal for Havertz last week, with the German star joining the likes of Timo Werner, Hakim Ziyech, Chilwell and […] 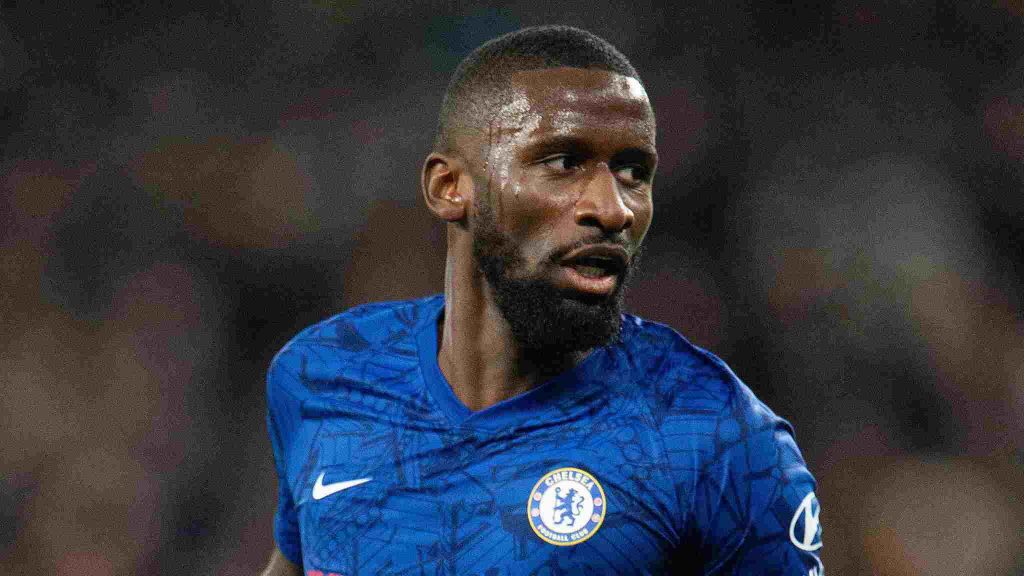