David Luiz has criticised the decision to award Liverpool a penalty in the second-half in Arsenal’s 3-1 loss at Anfield and says Mohamed Salah told him he didn’t even feel the shirt pull.


The Brazilian defender, a deadline day arrival from Chelsea for £8million, tugged Mo Salah back inside the box at the start of the second half and the referee wasted no time pointing to the spot.

Salah made no mistake from 12 yards – and later bamboozled Luiz again to get his second goal – but the Arsenal centre-back felt there was not enough contact to award a penalty.

Speaking to Sky Sports after the game, David Luiz said: ‘I think the second goal, the penalty, killed the game.

‘Yes [it was instinctive], I think you cannot take this out of the players, it’s just a reflex. When I turn I see and I take but I take off the power [of the pull].


‘That’s when I spoke with Momo [Salah] and he said, “I didn’t feel you touch me, that’s why I didn’t go down to the floor”.

‘If you play with an extra-large shirt now it could be a penalty every time. It’s interpretation. If you pull someone with power and you stop him trying to go to the ball it’s different. This was just a reflex.

‘But that’s it, he scored the penalty and gave me a yellow. For the third goal I could not make the foul and put my team in trouble with 10 men.


‘So I think I conditioned my game after that, it was more difficult, but the team fight until the end.’

He added: ‘If I pull your shirt or put my hand on your shirt it’s totally different, the power is different. VAR is difficult for them they cannot see the power. It depends on the interpretation. I spoke with Momo he said, “I didn’t feel that”.’

Sun Aug 25 , 2019
Paulo Dybala failed to secure a transfer move to Manchester United because there were issues between the Premier League club and Juve, according to his agent. United expressed interest in signing Argentine playmaker Dybala to Old Trafford during the summer window, with head coach Ole Gunnar Solskjaer a known admirer. […] 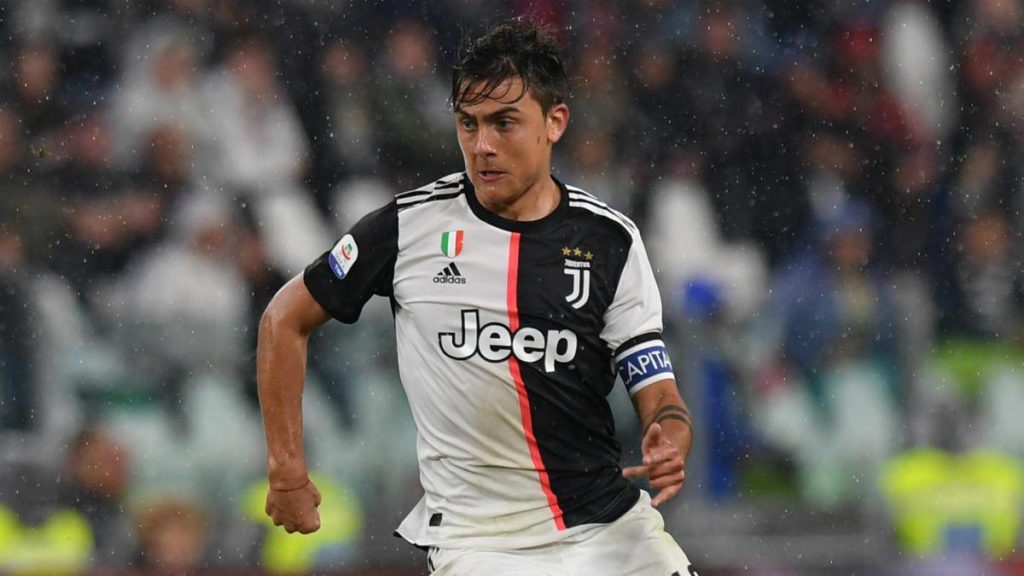