Jadon Sancho’s outstanding form has continued this campaign, and his club Borussua Dortmund is unsure how long they’ll be able to keep the England international.

The English winger has scored three goals and provided four assists in the opening sic league games of the season, but rumours surrounding his future continue to emerge.


Manchester United Ole Gunnar Solskjaer has made Sancho his top target butbfailed in a 100m summer transfer, while Jurgen Klopp hailed the former City winger as ‘an exceptional talent’.

Other European gaints, such as Bayern Munich, are also sniffling around and it seems inevitable that Sancho will leave Dortmund very soon.

Dortmund sporting director is proud of how the 19-year-old forward has been allowed to flourish but accepts that his future lies somewhere else.
‘No decision has been made,’ Zorc told Kicker when asked about the former Manchester City star’s future beyond 2020.

‘But you don’t have to be a prophet to know he won’t play here for another five years.

‘He has taken this positive development [at Dortmund]. I doubt that would have been possible with top English clubs.

‘We trust the players very early, and we are not afraid to let them play. He acknowledges that.’

Mon Sep 30 , 2019
Scott McTominay says Ole Gunnar Solskjaer needs to be given time by the Manchester United board in order to succeed, with the midfielder conceding the side are in a ‘’transitional’’ phase. After their defeat to West Ham, former United players Roy Keane and Gary Neville, as well as Mourinho, slammed […] 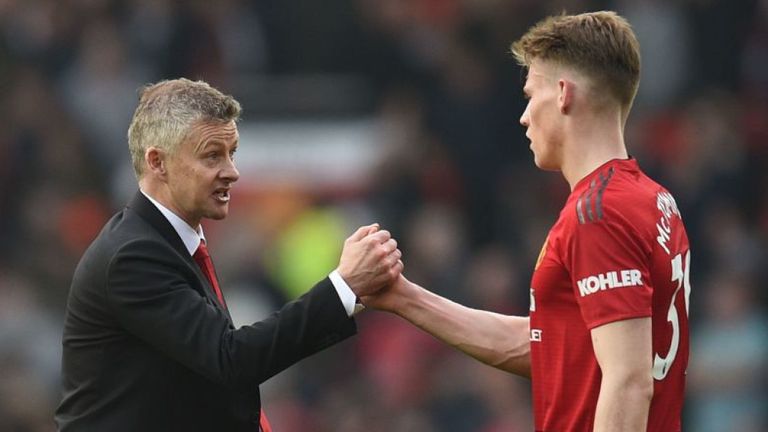