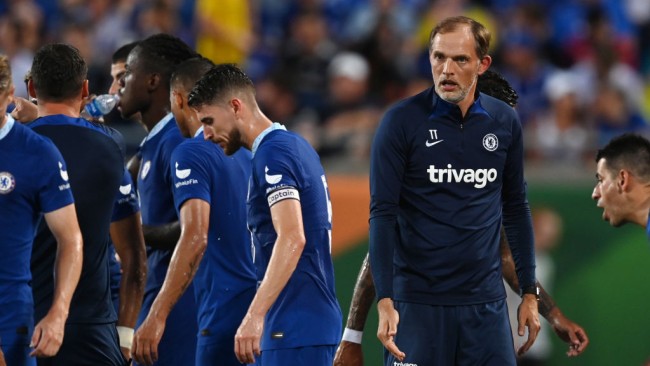 
This was Chelsea’s third and last game of their US tour, with Tuchel’s side beating Mexican team Club America 2-1 and losing on penalties to MLS side Charlotte FC.

Tuchel has seen Raheem Sterling and Koulibaly arrive at Stamford Bridge this summer but believes more reinforcements are urgently needed ahead of the new campaign.

‘The worrying part is that the level of commitment physically and mentally for this match was far higher for Arsenal than for us.

‘They played I think what is their strongest line-up and structure that you see now for several weeks. This was the line-up they will try to start for Premier League games.

‘It was surely not our strongest line-up. This is a part of an explanation but only a little part and the other part is worrying. I cannot guarantee we will be ready in two weeks.’


On the need for more signings, Tuchel added: ‘My analysing of the season does not change because of this game. Unfortunately, it proved my point.

‘The last week proves my point. I would absolutely prefer not to be right. I did everything to prove myself wrong but at the moment I feel that I was right.

7 months ago
Harry Maguire snubbed a possible move to Barcelona this summer during Manchester United’s negotiations for Frenkie de Jong, according to reports. De Jong is Erik ten Hag’s main transfer target but United were initially unable to reach an agreement with Barcelona over a transfer fee for the midfielder. Reports last […] 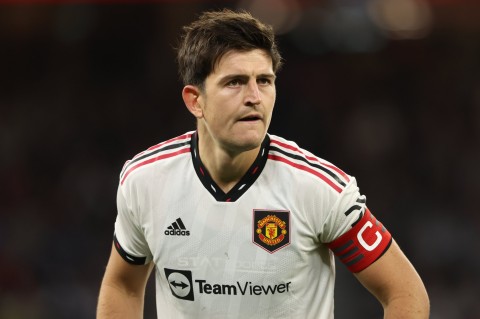