Richarlison dismissed speculation about his future after recent reports claimed his agent had met with Liverpool manager Jurgen Klopp.

The Everton star is a very important player at Goodison Park and would break Toffee hearts should he cross Stanley Park to move to Anfield.

Klopp is a big fan of the Brazil international, but it is unclear what the German and Richarlison’s agent talked about.

The transfer speculation came as a shock to Everton and Liverpool fans, but Richarlison was quick to dismiss the rumour.

Richarlison posted on Twitter on Thursday night, appearing to address the rumour directly.

‘I’m happy,’ Richarlison said on his Twitter, posting two pictures of him celebrating in an Everton shirt.

The 21-year-old signed a five-year deal and was an immediate starter in Marco Silva’s team, He is also Everton’s top goalscorer this campaign with 13 goals in 33 games.

Hazard's Real Madrid move to be completed in coming days

Sat Apr 6 , 2019
Eden Hazard’s move to European giants Real Madrid is close to being completed, according to reports in Spain. Madrid, who have been been closely pursuing the Chelsea star for years after shining on a consistent basis in the Premier League, are still looking to replace Cristiano Ronaldo with a stellar […] 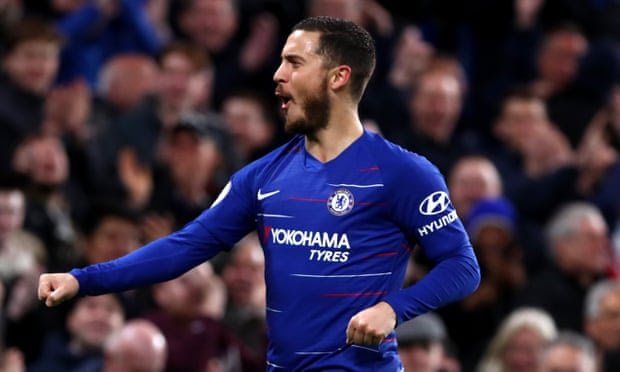