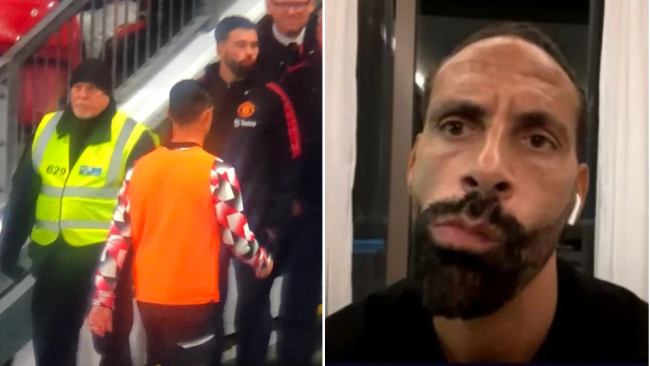 Rio Ferdinand says Erik ten Hag must let Cristiano Ronaldo leave Manchester United in the January transfer window if he continues to be restricted to a bit-part role at the club.

Ronaldo stormed off down the tunnel in a strop as he failed to come on from the bench as United beat Tottenham 2-0 on Wednesday, with Ten Hag conceding after the win that he will ‘deal with’ the player on Thursday.


The 37-year-old, widely linked with an exit from United in the summer, has been limited to 340 minutes of action across his opening eight Premier League matches this term and was also an unused substitute against Man City.

Former United defender Ferdinand, quizzed about the player’s lack of playing time, told his YouTube channel: ‘My only thought could be is that Cristiano Ronaldo is being saved for the weekend against Chelsea.

‘That’s the only way that I see it, logically, that he did not play [last night]. I think Ronaldo will be absolutely fuming with that, naturally.

‘I wouldn’t expect anything different from him. I think the big problem Erik ten Hag has got is that, coming up to this next window, he has to think very carefully about what he does.


‘If he doesn’t see Ronaldo as a starter in his team more often than not, I think he has to release him from his contract.

‘He has to let him go. It’s not fair on anybody, on the club, on Ronaldo, on Ten Hag, that the first question after every game is ‘Why didn’t Ronaldo start?’ ‘That will be a story. United won 2-0 and the leading story will be about Ronaldo. That can’t be right.


‘You sit here and think why did Man Utd not just let him go if Ten Hag knew he didn’t want Ronaldo in his plans. That’s the baffling thing for me.

‘You think what he’s done in his career… at his level… surely the manager would have known before the season started if he was going to play Ronaldo or not, if he wanted him in his team, if he was someone to build around.

‘It looks to me right now that it was a no [he didn’t want Ronaldo]. If that’s the case, he should have let Ronaldo go.

‘It’s gong to be something that hampers Ten Hag going forward until the day Ronaldo leaves the club, because of how much of an icon and superstar he is.’

4 months ago
Thierry Henry has told Marcus Rashford ‘power is not always the answer’ after seeing the Manchester United forward denied a goal against Antonio Conte’s Tottenham. United dominated Spurs with second-half goals from Fred and Bruno Fernandes sealing a 2-0 victory that leaves Erik ten Hag’s side within touching distance of […] 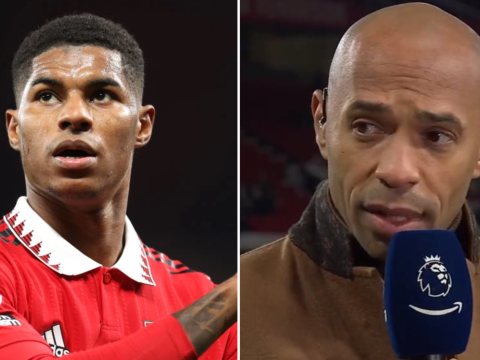