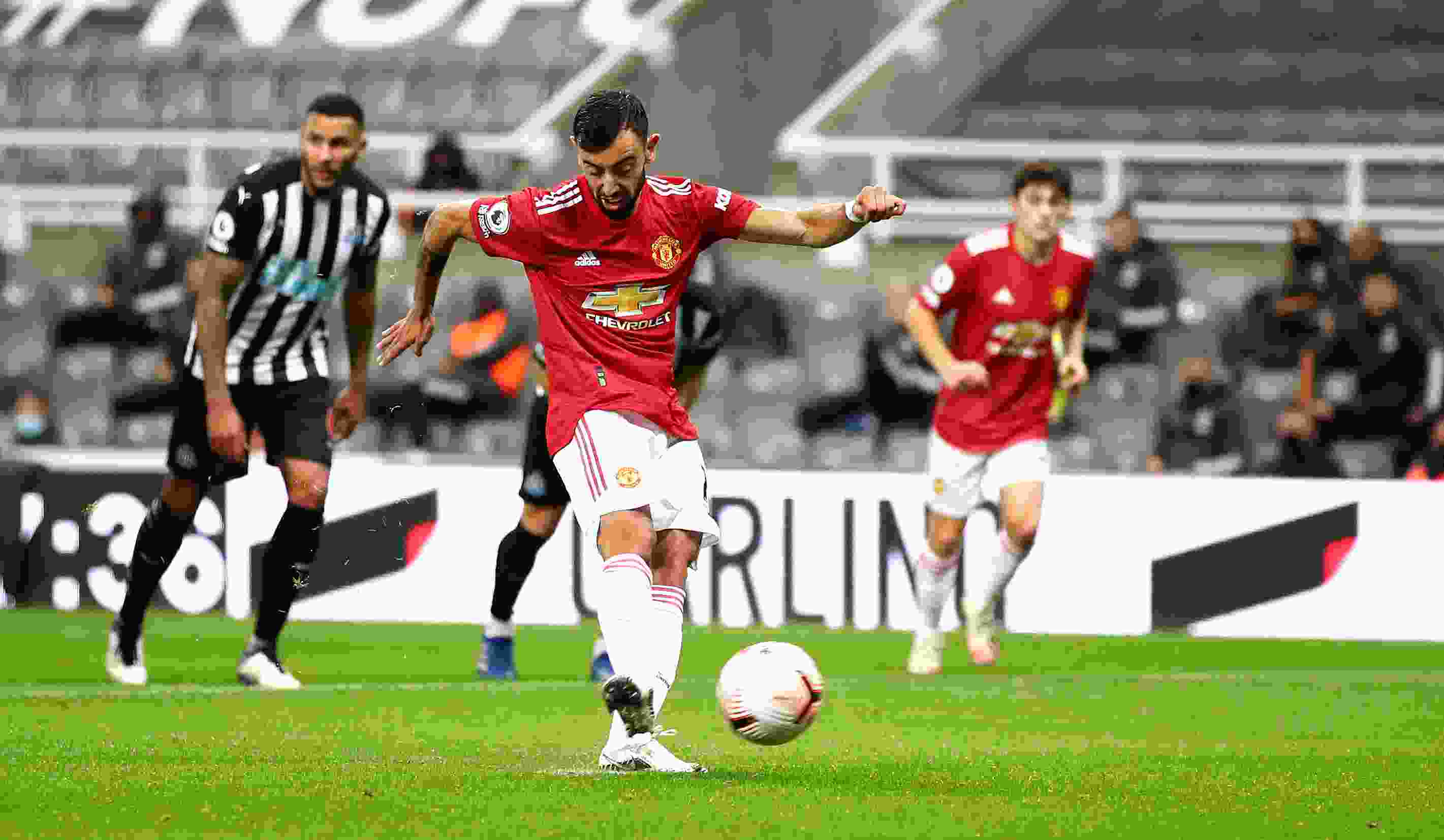 Bruno Fernandes has praised Harry Maguire after the defender scored Manchester United’s opening goal in their 4-1 win over Newcastle.

Maguire, who has had a difficult start to the campaign in the wake of his arrest in Greece, came under huge criticism in midweek after he was sent off in England’s Nations League 1-0 defeat to Denmark.


But Solskjaer said he never considered dropping him for United’s trip to Newcastle and singled out his ‘inspirational performance’ in the south-east.

And Fernandes also hailed the United’s captain in his post-match interview with MUTV. ‘Of course we are happy for Harry,’ the Portugal international said.

‘Not about the goal he scored because it’s not what he has to do – of course he has to do that for the corners then he can help us like he did today – but defending as he defended, playing at the back as he played and give us the chance up front to be secure when we lose the ball.


‘We know we have a great defence with him and the guys who played today and also the others who are on the bench at home.’

Fernandes also revealed his frustrations with the transfer speculations over the last few months and said it was ‘easy’ for people to make judgements on United from the outside looking in.

‘It’s easy from the outside, talking and saying we need everything and don’t be on the pitch and sometimes I think we need to look for each other, help each and be positive as a team because we can defend ourselves here on the pitch, not here (interviews) or on social media for me.

‘It was important for me to talk in that moment after the national team. ‘I have no problems talking openly about things but for me the most important thing was the response we gave today on the pitch.’

5 months ago
Frank Lampard reveals his players failed to carry out his instructions to play long in the dying minutes of their 3-3 draw with Southampton. As Kai Havertz scored his first Premier League goal at Stamford Bridge to put Chelsea 3-2 up on the hour mark, it looked like they were […]