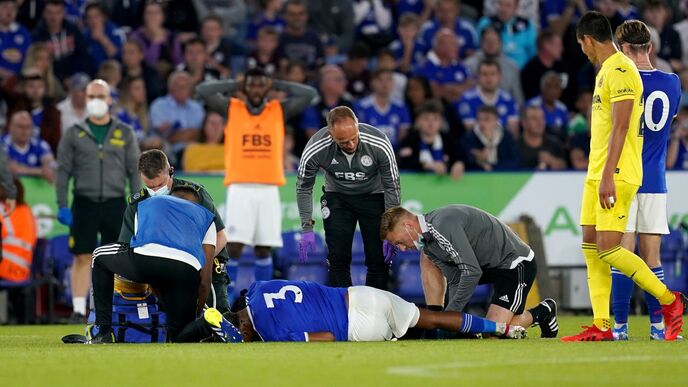 Leicester are set to be without Wesley Fofana for a long period after the player confirmed he sustained a fibula fracture in their 3-2 victory over Villarreal on Wednesday.

Fofana went down and appeared in discomfort after a reckless challenge from Villarreal star Fer Nino in the 58th minute of the friendly match, while Leicester held a three-goal advantage.


The 20-year-old had to be given oxygen and received lengthy treatment before he was stretchered off at the King Power Stadium.

The Foxes managed to hold on for a win as Fofana was taken to hospital but his devastating injury overshadowed the evening, with the club now likely to sign a centre-back before the summer transfer window closes.


After sharing a picture from his ambulance ride, the player took to Instagram to thank supporters for their messages of support and vowed to return ‘soon and stronger’.

‘Hello guys, many thanks for all your messages,’ Fofana said. ‘It is a bad day today but I am in a tremendous club with a wonderful medical team.

‘I will give you news as a soon as I have a final diagnosis but we already know that I have a fibula fracture. ‘I will come soon and stronger: do not worry.’

Fofana has received several messages of support from supporters and team-mates, with Jamie Vardy backing him to return ‘stronger and better’ from the injury.


James Maddison, meanwhile, shared a picture of Fofana on Instagram along with the message, ‘Je t’aime petit frere’, meaning: ‘I love you little brother’.

Ryan Bertrand, who provided two assists in Leicester’s victory, felt the team performed well following Fofana’s horrendous injury in the second half of the match.

‘Obviously, everyone is thinking about Wes at the moment but we’ll find out more on that,’ the full-back told Leicester’s official website.

‘That kind of took over the occasion and nobody likes that. ‘Other than that it was a good performance from the boys before that, we gave a good account of ourselves, good fitness.

‘But importantly, we came into the game thinking, “Yeah, it’s pre-season”, but now it’s time for results so we managed to do that.

‘Unfortunately, what happened happened and it was a tough game for the change of team. They did very well to come on with the atmosphere and deal with the game after that.’

Thu Aug 5 , 2021
Bruno Fernandes is impressed with Van de Beek’s hard work over the summer as he hopes that can see him muscle his way into the Manchester United team. Van de Beek arrived at the club last summer from Ajax for a fee of £35m, which may rise to £40m with […] 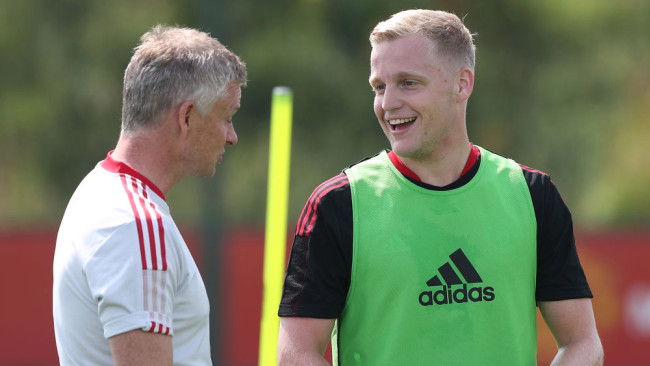