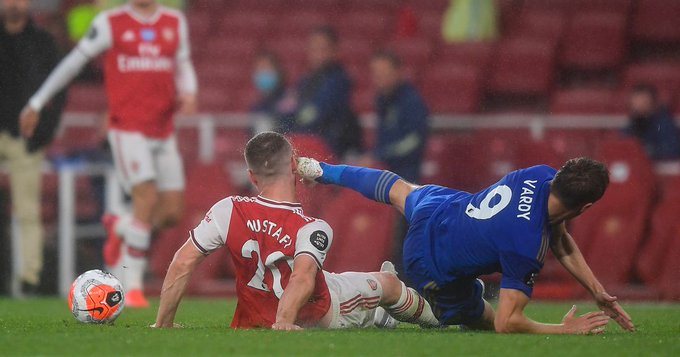 Mikel Arteta has argued against Eddie Nketiah’s red card against Leicester – and claimed Jamie Vardy also should have been sent off.

After a lengthy VAR review, Arsenal striker Nketiah was sent off in the 75th minute just four minutes after replacing Alexandre Lacazette in the game.


Arsenal had dominated the match before the break, missing a couple of chances after Aubameyang’s opening goal, but lost control of the game after been reduced to 10.

“I am extremely proud of the team – the way we played, against this type of opposition, and how dominant we were,” Arsenal boss Arteta told Sky Sports.

“In the first half we should have gone three- or four-nil up and killed the game.

“With the red card decision, he doesn’t see the player and you have to know that he is a young kid.


“But if that is a red card then Leicester have to play with 10 men after 42 minutes. That has to be a red card as well.”

Arteta was referring to a clash between Vardy and Mustafi in which the England international hit the defender with his boot just above the eye.


Arteta added in his post-match press conference: “If we review incidents of that type, we review them all. It has to be something equal for everybody because it changes the game completely. If Eddie is a red card, then for sure the other one is a red card.”

“I can see what Mikel Arteta is saying because it looks really dangerous and he caught him in the face with his studs,” said Sky Sports’ Jamie Redknapp as he reviewed the clash.

3 months ago
Brentford star Said Benrahma is already being congratulated on a summer transfer move to Chelsea by one of his very close friends. The 24-year-old has been in a spectacular form this campaign in the Championship with 15 goals and nine assists for the Championship side. Said Benrahma was still on […] 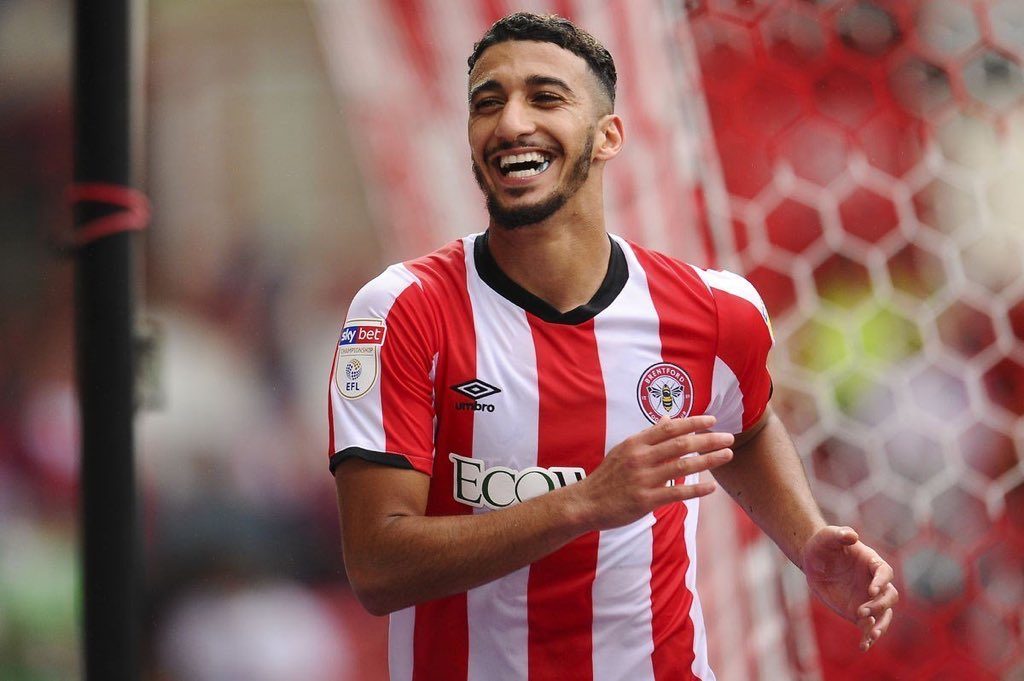