Mikel Arteta has been handed a major boost with Manchester City striker Gabriel Jesus open to joining his Arsenal squad this summer, according to reports.

The Brazilian forward has emerged as a target for the Gunners as Arteta looks for Pierre-Emerick Aubameyang’s replacement at the club.


Arteta sanctioned Aubameyang’s exit in January and the Gabon stae has made a superb start to his Barcelona career, scoring 11 goals in 17 games.

Arsenal’s depth up top will be depleted further at the end of the campaign, with Alexandre Lacazette and Eddie Nketiah both expected to leave when their current contracts expire.


As Arteta looks to add some much-needed goals to his team, the Gunners have already expressed interest in signing Jesus from Manchester City.

The 25-year-old attacker has scored 89 goals in 229 appearances for the Sky Blues and won three Premier League titles, three EFL Cups and the FA Cup since joining from Palmeiras in 2017.

But Jesus has never really established himself as a regular starter at the Etihad and The Athletic claim he is now open to leaving Man City and joining their Premier League rivals Arsenal.

Jesus, who worked with Arteta when the Spaniard was Pep Guardiola’s assistant, could see his playing time at City reduce even further next campaign as Erling Haaland is closing in on a move to City.


While reports say negotiations are yet to begin between Arsenal and Man City, it is claimed that the Gunners are ‘favourites’ to strike a deal for Jesus.

‘If I was Arsenal, I would go and buy Gabriel Jesus,’ Ferdinand said on the FIVE YouTube channel.

2 months ago
Ralf Rangnick has condemned a post on Eric Bailly’s Instagram account urging him to drop Manchester United skipper Harry Maguire. Maguire has endured a difficult campaign, struggling in the heart of United’s defence and being booed by England supporters during the recent international break. Earlier this week, Maguire and his […] 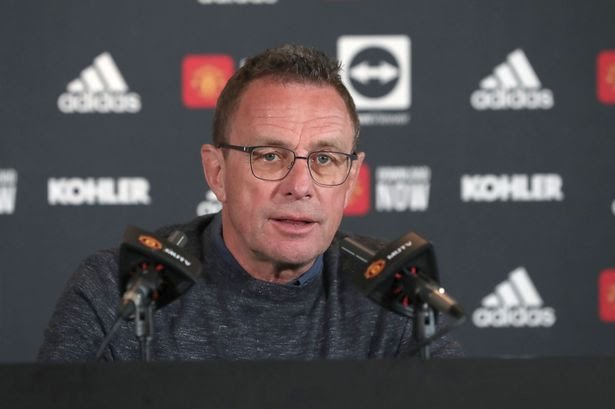