Maurizio Sarri has told angry Chelsea fans to back the team in the stadium, after chanting for his exit during their recent win over Cardiff City.

The Italian manager has come under fire from the Stamford Bridge supporters this campaign and cries of ‘We want Sarri out’ and ‘F*** Sarri-ball’ were heard during the dramatic 2-1 victory at the Cardiff City Stadium.


Although Chelsea fans are dissatisfied with the season’s performances, they sit just one point off the top-four spots and will play the Europa League quarter-finals, meaning hopes of qualifying for next year’s Champions League is still alive.

But while Sarri isn’t moved at being criticised by his own fans, he warned the Chelsea boo boys that their actions are having a negative impact on his team.

‘We did something wrong. I don’t know what. Probably we have to win more matches, I don’t know.

‘In the end, we are not doing so badly. During this season, we have won 33 matches. In England, only Manchester City did better than us.

‘Of course, we know very well we need to improve our performances. But we have the chance to take our target.


‘We can arrive at the end of the season in the top four. We can try to take the final in the Europa League. And so, at the end, our season can become a very good season.’

Balotelli hits out at Bonucci for criticising Kean over racist abuse

Thu Apr 4 , 2019
Mario Balotelli says Leonardo Bonucci is “lucky I wasn’t there” following his comments after the racial abuse Moise Kean suffered while playing for Juventus against Cagliari. The 19-year-old forward Kean was jeered by some home fans during Juve’s 2-0 win on Tuesday, and after scoring Juve’s second goal he reacted […] 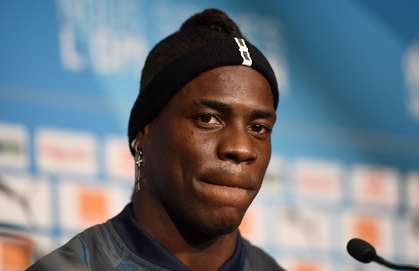