Chelsea head coach Maurizio Sarri has criticised a “stupid” minority of the club’s fans after fresh allegations of racist chanting were made against their fans in the victory over Watford.

A small minority of Chelsea supporters are reported to have engaged in racist chanting during the 2-1 victory at Vicarage Road on Boxing Day.


When asked if he witnessed the alleged racist chanting in their match against Watford, Sarri said: “I didn’t hear anything.

“Firstly I want to speak with the club, secondly I don’t want to generalise.

“For the 99 per cent our fans are really very good, wonderful. Then, in every community, there are some stupid [people].


Chelsea are currently under investigation by UEFA after a section of supporters were accused of singing a derogatory chant about Tottenham fans, which features anti-Semitic language, during the Europa League game with Vidi.

Thu Dec 27 , 2018
Cristiano Ronaldo has hit out at fans who allegedly racially abused Napoli defender Kalidou Koulibaly during his side’s Serie A game with Inter Milan on Wednesday. The Senegalese defender was sent off late on in Napoli’s 1-0 loss to Inter Milan. Napoli manager Carlo Ancelotti asked the officials to suspend […] 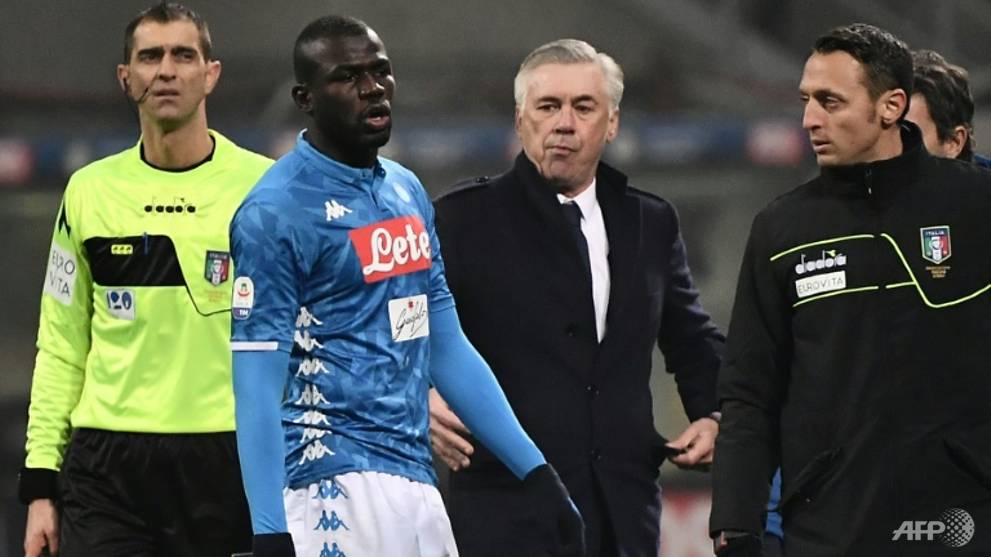