Mario Balotelli says Leonardo Bonucci is “lucky I wasn’t there” following his comments after the racial abuse Moise Kean suffered while playing for Juventus against Cagliari.

The 19-year-old forward Kean was jeered by some home fans during Juve’s 2-0 win on Tuesday, and after scoring Juve’s second goal he reacted by holding his hands outstretched and looking at fans in the ‘Curva’ section of the Sardegna Arena.


But instead of condemning the home fans after the game, Bonucci sparked fury by appearing to claim that Kean was also to blame for the abuse.

“Kean knows that when he scores a goal, he has to focus on celebrating with his teammates. He knows he could’ve done something differently too,” Bonucci told Sky Sport Italia.

“There were racist jeers after the goal, Blaise (Matuidi) heard it and was angered. I think the blame is 50-50, because Moise shouldn’t have done that and the Curva should not have reacted that way.

“We are professionals, we have to set the example and not provoke anyone.”
Commenting on Kean’s Instagram post – an image of him with outstretched arms after the goal – Balotelli wrote: “Bravo! And tell Bonucci that he’s lucky I wasn’t there. Instead of defending you he does that? Wow, I am honestly shocked. I love you, brother!”


Balotelli’s former Manchester City teammate Yaya Toure also blasted Bonucci, as well as Juve boss Massimiliano Allegri – who after the match said Kean should “avoid certain gestures” in order to not provoke “one or two idiots” – for his failure to back the teenager.

“For me it’s a disgrace. You can’t do that,” Toure told UEFA’s Equal Game conference on Wednesday.

“It was unbelievable. A teammate, a manager saying: ‘You shouldn’t have done that’ to one of your own players.


“I think it’s the worst scenario you can have in football. Your teammate attacking you, saying things like that, is just unbelievable. I can’t imagine how hurt he was when he saw that.”

Thu Apr 4 , 2019
Eden Hazard is impressed with Tottenham’s new stadium, but he says the fact Chelsea has won more trophies means that he is not jealous of his London rivals. Spurs marked their first competitive match at their new stadium on Wednesday with a 2-0 win over Crystal Palace to help their […] 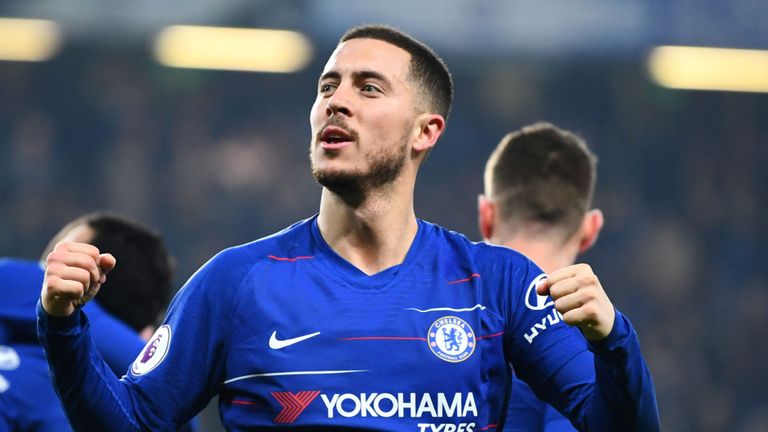