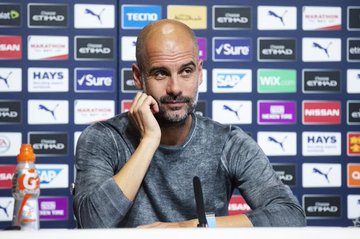 Pep Guardiola has downplayed the praise his team have received over the course of the last week and reminded his side they have been outperformed by one other team this campaign.

City have underlined their status as favourites to defend their Premier League title with a number of outstanding displays, culminating in last week’s astonishing 6-3 dismantling of Manchester United.


The signing of Norwegian star Erling Haaland appears to be the final piece in a juggernaut that looks equipped to maintain its domestic dominance, as well as end the wait for a maiden Champions League win.

Man City head into the weekend a point behind early pacesetters Arsenal, who entertain Liverpool on Sunday in what will represent another huge test of their own credentials.

Guardiola has championed the potential of his former protégé Mikel Arteta who was under huge pressure just over 12 months ago after Arsenal were destroyed 5-0 by City.

Asked how much progress City had made this campaign, Guardiola took the chance to point out that although he was more than satisfied with the display of his own team, there remains one team looking down on the rest.

He said: ‘In general we played really good football in all these years. ‘The way we are playing is normal. In six, seven years, every year we are a little bit better in some terms.

‘But it is just how many fixtures? Just eight or nine games of the Premier League season. In the Champions League we are in a dream position, we have one game left to qualify. To finish first is important and in the Premier League it is about being there.


‘We cannot forget one thing ladies and gentlemen. There is one team that has been better than us this season, this is the reality.

‘The reality is that Arsenal have been better than us so far. We are not top of the league. It is important to be there and try to fight to arrive there.’

4 months ago
Cristiano Ronaldo is ‘furious’ with Erik ten Hag and is questioning his ‘stubborn’ methods at Manchester United, according to reports. The Portugal legend wanted to leave United over the summer after the club failed to qualify for the Champions League last campaign. Super-agent Jorge Mendes was unable to find a […] 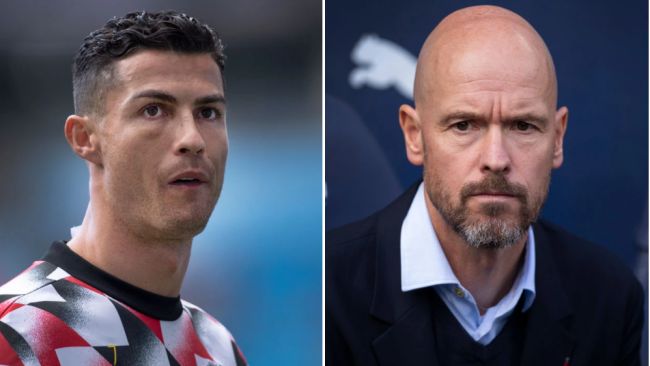