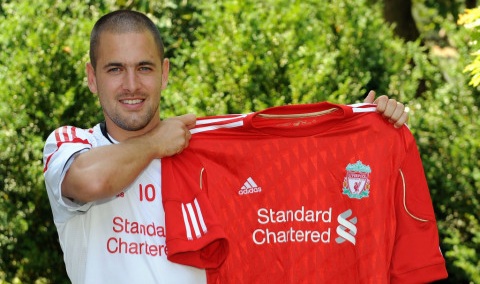 Joe Cole has revealed that he regrets joining Liverpool on a free transfer when his contract with Chelsea expired and should have taken ‘any money’ to stay at the club.

After winning three Premier League titles, two FA Cups and a League Cup, Cole left Chelsea in 2010 as a free agent not long after suffering a long-term knee injury.


Having felt he could not sign for West Ham and Chelsea’s bitter rivals Tottenham, Cole was only left with Liverpool but felt he had made a mistake in moving to Anfield.

Asked if he could go back in time would he sign for Liverpool, Cole told the Premier League: ‘At the risk of upsetting Liverpool fans any more than they’re upset with me already, I probably wouldn’t.

‘But not for any fault of the club or because I didn’t like the club or anything. I signed for the previous owners and then they sold the club four or five weeks later.

‘And you know what football clubs are like, it’s hard enough when managers come and go, you can fall out of favour. But when the owners come and go…


‘I knew it was only a matter of time before Roy [Hodgson] got the boot, and that’s when my injuries started in the sense that, from my knee injury, I kept picking up muscle injuries, I couldn’t explode as quick as I wanted.


‘So right club, wrong time I’d say. And then I went to France and I absolutely loved it in France. It was like a breathe of fresh air. Rudi Garcia was brilliant with me, he said I only needed to train twice a week but I’d still play. I ended up playing 35,40 games in the season.

‘It got to the point where I wanted to stay at Lille, Lille wanted me, but then Brendan [Rodgers] came to Liverpool. Brendan I knew from Chelsea, he knew what I could do, he’d seen me in my pomp, so he thought I could be a useful player.

‘First game of the season I actually got into the starting line-up, it was [Stewart] Downing on one side, me on the other side and it must have been [Luis] Suarez up top. I played, done my hamstring in the first five minutes, and I was devastated.

‘I ended up staying until January, played a handful of Europa League games. I actually scored against West Ham for Liverpool, the only reason I was on the pitch was because there was an injury crisis.


‘I’d already arranged the move to West Ham, it was just before the new year, I wanted to get out of there and get back home to West Ham. Played against West Ham, scored, and I’m like: “What do I do now? Is this a reprieve for me at Liverpool?” but it wasn’t and I still left to go back to West Ham.’

On how difficult it was to leave Chelsea, he said: ‘I think if [Carlo Ancelotti] had played me in the last two games of the season, I would have stayed. I’d have taken any money they’d have given me because I didn’t want to leave. It was hard for me to leave the club at the time. It was difficult.’

1 month ago
Cristiano Ronaldo says he will ‘never change’ after leaving the pitch before the full-time whistle had been blown after seeing what appeared to be a goal ruled out in Portugal’s 2-2 draw with Serbia. The visitors were two goals up in the first half in Belgrade on Saturday thanks to […] 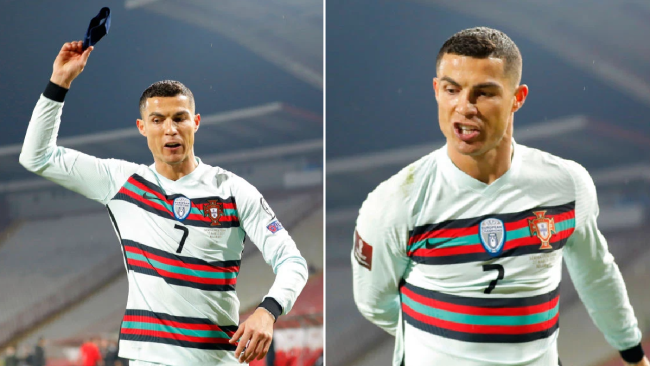