Chelsea midfielder N’Golo Kante believes the club are well placed to challenge for the Premier League title under Frank Lampard.

The blues have won 15 points from their opening eight matches and currently sit fifth in the Premier League table.

And Kante, who won the Premier League in his first campaign at Stamford Bridge in 2017, has backed the new signings to help push for another top spot.

The France international says he is also interested in securing a place in next season’s Champions League as fast as possible.

‘The team has changed in recent years, the coach has been here for a year working together,’ Kante told TF1.


‘I think we have signed a fair amount of new players and what we are trying to do is to maintain Chelsea’s standards, win titles and be at the top in England.

‘We are well placed at the moment, I hope we will continue in this vein. And I hope that we will qualify for the Champions League as quickly as possible again.’

'You will be happy again!': Juventus legend urges Pogba to leave Man Utd

Tue Nov 17 , 2020
Juventus legend Claudio Marchisio has told Paul Pogba to leave Manchester United and to return to the Seria A club in the summer. The Frenchman spent four years in Turin, having left Old Trafford on a free transfer in 2012. Pogba won eight trophies during his time at Juventus, including […] 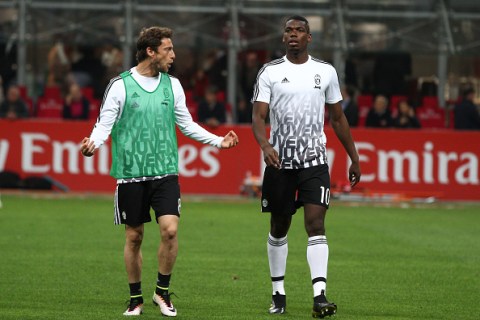