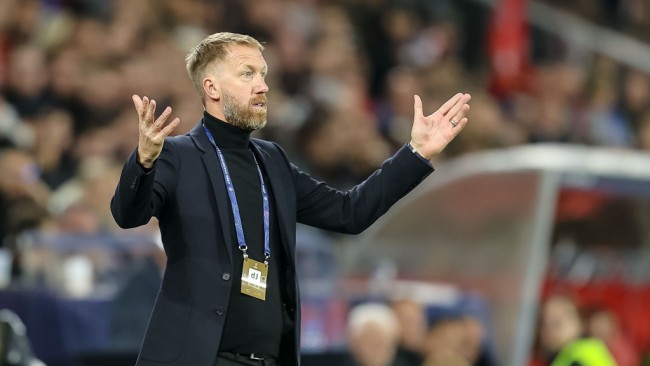 Martin Keown has accused Chelsea boss Graham Potter of ‘trying to be too clever’ after they were beaten by Brighton on Saturday afternoon.

Potter’s superb unbeaten start came to an end on familiar turf as the Blues were hammered 4-1 by his former side.

Brighton raced into a three goal lead & although Chelsea threatened a comeback when Havertz reduced the deficit three minutes after the restart, the home side held on and even restored their three lead in injury time.

It was a bad return to the Amex for Potter who spent three years on the south coast turning Brighton into a Premier League force to be reckoned with.


Injuries have forced Potter to shuffle his lineup several times since replacing Thomas Tuchel but Keown says he is overcomplicating matters with his near constant tinkering.

‘Chelsea looked unrecognisable at the back. I think there were too many changes,’ former Arsenal defender told the BBC.


‘It counts against you in this situation because you are trying to formulate partnership and it’s always changing at the back. It was a different back three today.

‘They are wing-backs that aren’t wing-backs. They played Raheem Sterling in a wing-back position today and I don’t think it suited in the way they played.

‘Maybe Graham Potter was trying to be too clever. Keep it the same and football is a simple game.’


Asked if would continue to make the changes to his team and tactics in his post match press conference, Potter cited the absence of key players for having to rotate at this early stage of his Chelsea reign.

He said: ‘It’s not about change. You need to find a way to win and perform. We’ve had a lot of games in October and an incredible schedule.

‘So for different reasons, we’ve lost key players in terms of Reece [James], [Kalidou] Koulibaly, [Wesley] Fofana and [N’Golo] Kante. So there is a constant challenge in how to set up.

‘We tried today, and again, it can be tactical, or it can be the intensity, and the opponent do what they do better. I have to analyse the game and look at how I can improve.’

3 months ago
Gary Neville has responded to Cristiano Ronaldo after he didn’t shake his hand in the build-up to Manchester United’s game against West Ham United. The Portuguese star went over to greet Louis Saha, who was working for Sky Sports, before his team’s game with the Hammers at Old Trafford. Ronaldo […] 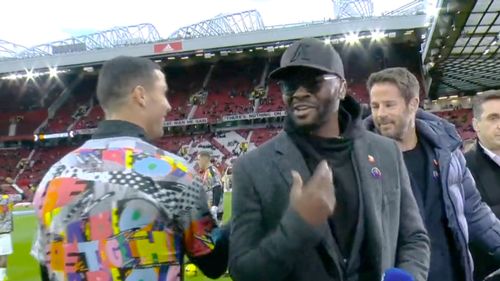