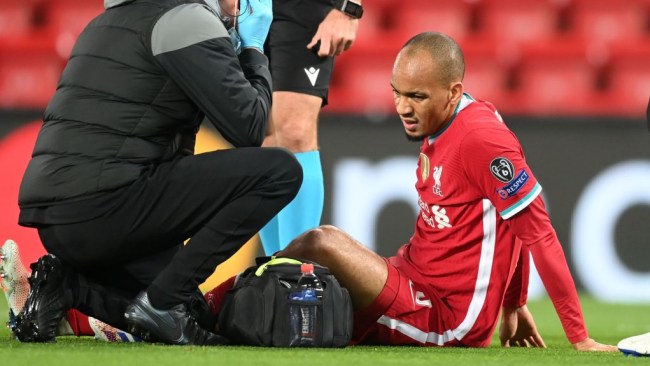 Jurgen Klopp has confirmed that Fabinho will need to have a scan on the hamstring injury he suffered in their 2-0 victory over Midtjylland – but says the player felt he could have continued playing at Anfield.


Fabinho has been outstanding for Liverpool in the absence of Virgil van Dijk but pulled up in the 28th minute and appeared to be in pain as he received treatment on the pitch.

The Brazilian star was escorted off the pitch by the club’s medical staff and academy product Rhys Williams produced a good performance after coming on to replace Fabinho.

Liverpool will take on Premier League title rivals Manchester City away at the Etihad in less than two weeks, and they might have to do so without the injured Fabinho.

Fabinho had started all three of Liverpool’s games since Van Dijk’s knee injury in the Merseyside derby against Everton and Klopp was hoping he could rely on him, with Joel Matip also injured.


Asked about Fabinho’s problem after the game, Klopp said: ‘Losing Fabinho is exactly the last thing we needed.

‘Fabinho felt his hamstring – he said he could have played on but couldn’t make any more sprints. ‘He has to have a scan.’


The Liverpool manager later told beIN SPORTS: ‘We have to wait for the scan. ‘When somebody goes off with a muscle injury it’s pretty rare that the doctor calls me the next morning and says: “false alarm – all fine!”‘

Former Liverpool player Peter Crouch has been impressed with Fabinho’s recent displays and believes another serious injury to such a key player would be a ‘huge blow’ for the club.

‘Van Dijk was a huge miss but Fabinho as well has been a fantastic replacement,’ Crouch told BT Sport. ‘It just looked like a hamstring. Really disappointing and a huge blow for Liverpool. ‘They’ll be praying it’s not long-term.’

4 months ago
Real Madrid forward Karim Benzema blasted Vinicius Junior’s first-half display against Gladbach to fellow Frenchman Ferland Mendy while the youngster was stood right by them. Despite securing a win over Barcelona at the weekend, Real’s struggles continued in the Champions League on Tuesday as they fell behind to Borussia Monchengladbach […] 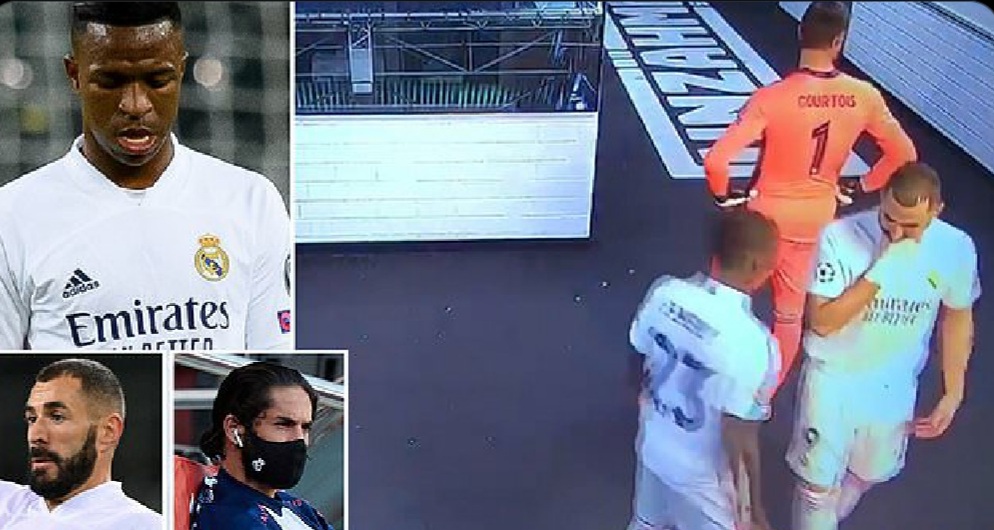