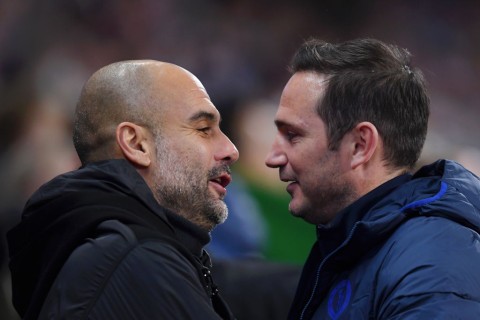 Frank Lampard has praised Pep Guardiola for the support he gives young managers behind the scenes, revealing a voice note he once received from the Manchester City manager after his difficult start at Chelsea.

The Chelsea legend has been out of a job since being dismissed at Stamford Bridge back, with Thomas Tuchel taking over and steering the club to Champions League glory last campaign.


Norwich held discussions with Lampard over their vacant managerial position this month, but the former England midfielder withdrew his interest and Dean Smith was appointed as Daniel Farke’s replacement.

Lampard is keen to return to management sooner rather than later and joined Gary Neville on The Overlap YouTube channel this week to talk on his past and future plans in the game.


During the conversation, Lampard reflected on his 18-month spell in charge of Chelsea and lifted the lid on Guardiola’s classy gesture at the start of his tenure in west London.

Asked which manager he would love to have played for, Lampard replied: ‘Pep. He’s so great with managers because sometimes you only see his teams that he produces which is obviously the real stuff.

‘But behind the scenes and the things he does with LMA in terms of helping other managers, he’s sent me certain voice notes.

‘I don’t like giving away private conversations, but it’s a nice one. When I first had my game in charge of Chelsea we lost 4-0 at Manchester United. We played well for 60 minutes and got done on the counter and then bang, bang, two, three, four.


‘You can’t defend 4-0 as a manager, you have to take it on the chin. And then we went to the Super Cup and lost to Liverpool. We played well and lost on penalties.

‘So I was on the plane on the way back from the game, feeling a little bit disheartened, and I got a voice note from him just saying that the way my team played was incredible, “I loved watching it”, and it was a really positive chat.

‘It was one of those voice notes that deleted itself where it almost self-destructs. I wanted to get home and say: “Listen to this, everyone! Pep said I’m a good manager! [laughs]

‘But I just think touches like that that make an impression on you as a manager or with people around you… sometimes you get so caught up in your own world that you don’t see things.

‘The fact that he’s doing the business and sending a voice note like that I thought was special. A lot of managers are like that.’

6 days ago
Antonio Conte concedes Tottenham are ‘in trouble’ and the calibre of his squad is ‘not so high’ after their shock defeat to NS Mura in the Europa Conference League on Thursday. Spurs went a goal down to their opponents after only 11 minutes before Ryan Sessegnon was sent off for […] 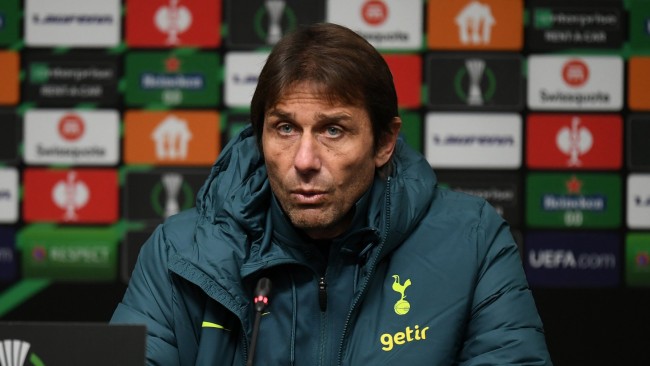