RB Leipzig’s technical director Christopher Vivell says Chelsea would not be making any mistake if they spent £150m on Erling Haaland this summer transfer window.

The Dortmund star is Chelsea’s top target, with Roman Abramovich believed to be spearheading the club’s push to bring the Norwegian striker to Stamford Bridge.


But, Dortmund have insisted that Haaland will remain with them for at least one more campaign, while any deal for the 21-year-old is expected to cost the Blues at least £150 million.

But Vivell predicts Haaland will dominate football in the same way as Cristiano Ronaldo and believes Chelsea would be able to justify such a huge amount of money.


‘When I look at the market and see who I would spend that much money on, he would probably be one of two,’ Vivell told SportBILD.

‘If you can secure him now and pay that much for him, you’re not making a mistake because he’s still so young.

‘On top of that, you have him under contract for five years, and Erling is already guaranteed something then. ‘If he stays injury-free, he can dominate the next ten or twelve years like Cristiano Ronaldo.’

When asked about his transfer link with Chelsea at Dortmund’s training camp in Bad Ragaz, Switzerland, Haaland said this week: ‘I haven’t spoken with my agent in a month. You might have the answer.


‘I am a normal person. That’s a lot of money for one person. I hope there is nothing in it.’

2 months ago
Chelsea are continuing their push to sign Sevilla defender Jules Kounde and may have to offer a different player to land him, according to reports. The Blues are looking to improve their back-line this summer window and have made Kounde their top target, offering a player-plus-cash deal of £30m plus […] 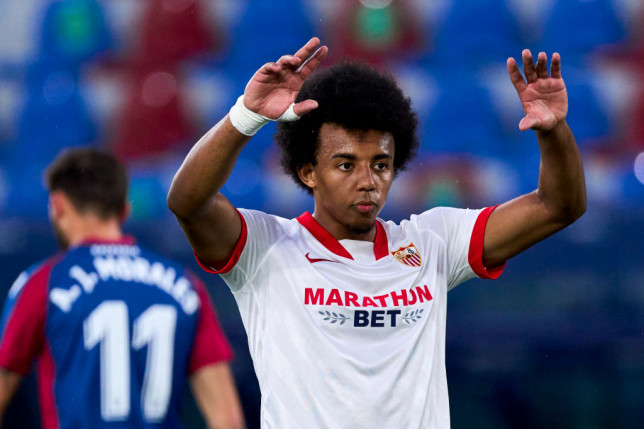