Manchester United are set to miss out on a huge £70million if they fail to qualify for next campaign’s Champions League.

The Red devils are in a position to finish in top four ahead of the final matches of the campaign on Sunday, United need at least a draw against Leicester.


They are currently level on points with Chelsea and only one above Leicester City, but they face a do-or-die clash at the King Power Stadium on Sunday.

A defeat to Leicester along with a good result for Chelsea would see United miss out on top four, and the Daily Mail claim this will see them miss out on £70m.

It would mean Solskjaer’s side would be playing in the Europa League next campaign, unless they win the competition this year and qualify for the Champions League through that.

Champions League qualification alone is worth £80m, which is more than it is worth to play in the Europa League competition.


United would also lose £20m from their kit deal with Adidas, with a clause in the deal which states their annual £75m fee will be cut if they don’t play in the Champions League for two seasons in a row.

This means the game against Leicester is United’s biggest match of the campaign, but Solskjaer seemed to be confident when speaking ahead of the Sunday clash.


“Let’s get this game out of the way and get third position and continue the growth and the journey this team’s on,” he said.

“Of course we’ve had some hard times this season, some setbacks, but I think we’ve shown and we’ve proved that this is a team going places.

“If we get a result against Leicester, I think everyone will say that this journey has been a good one.”

2 months ago
Liverpool manager Jurgen Klopp has heaped praises on the club’s transfer target Thiago Alcantara though refused to confirm if the Bayern Munich player would be moving to Anfield this summer. The spaniard’s contract with the Bundesliga champions will expire next year and he has already asked the club to allow […] 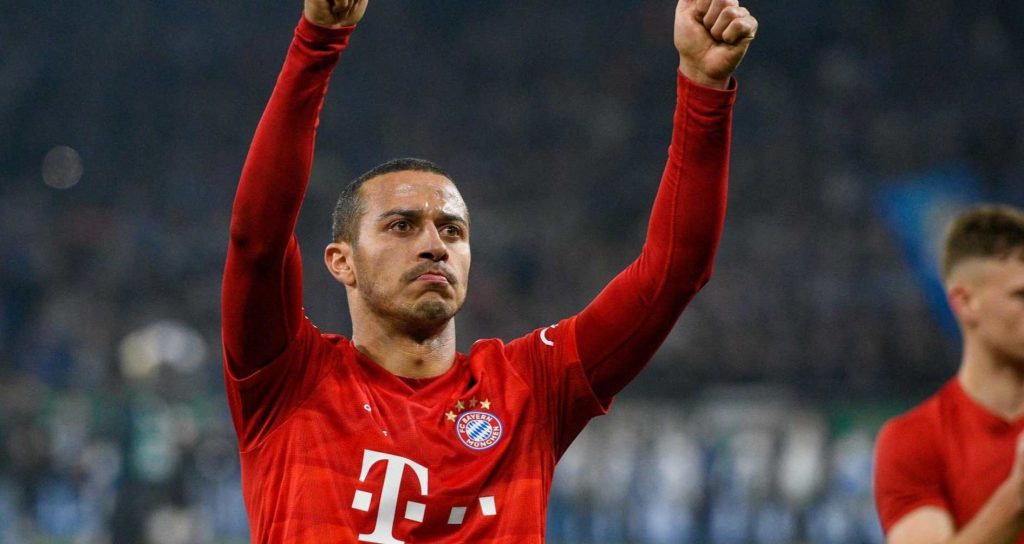