Marco Asensio has revealed he will hold talks with new Real Madrid head coach Julen Lopetegui over his future after the World Cup.

The Spain international, who has appeared as a substitute in two of his nation’s three matches in the World Cup so far, has been linked with a move to Liverpool.


Asensio signed a six-year deal last September which included a buyout clause of £442million, but despite an amazing start to the campaign he failed to a cement a regular place in Zinedine Zidane’s starting line-up and was named on the bench for the last Champions League final.

Responding to Liverpool’s reported interest, Marco Asensio said: ‘Liverpool? When the World Cup is over, we’ll talk about that sort of thing, now I’m focused on selection.’

Lopetegui was sacked by Spain on the eve of the World Cup having already agreed terms with Madrid and Asensio added he would discuss his future with the manager.

‘I’m glad Julen has signed up for Real Madrid, after the World Cup we’ll talk things over with him.’

Liverpool have already signed former Monaco midfielder Fabinho this summer, while Naby Keita will link-up with his new teammates next week.


Jurgen Klopp is also targeting new goalkeeper and a creative forward after the departure of Philippe Coutinho in January and the breakdown of Nabil Fekir’s transfer from Lyon earlier this month.

Wed Jun 27 , 2018
Argentina boss Jorge Sampaoli consulted Lionel Messi about substitutions in the game as they overcame Nigeria to advance to the last 16 of the World Cup. Barcelona star Messi gave Argentina an early lead with a remarkable goal but, after Nigeria equalised through Victor Moses, it was defender Marcos Rojo […] 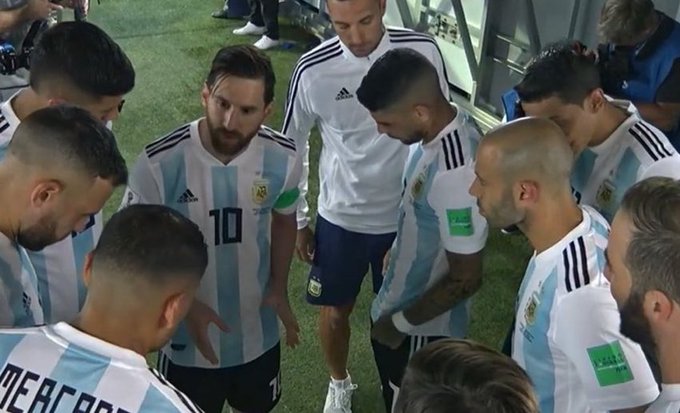