Marcos Alonso has questioned Chelsea’s lack of signings after their exit from the Champions League.

The Blues were defeated 4-1 by Barcelona on aggregate with Lionel Messi scoring three goals all together on both legs.

Speaking after the game, Alonso pointed out the club’s lack of squad depth. It’s a complaint that has been said several times by Antonio Conte throughout this campaign.


Alonso said: ‘It’s difficult as there are so many games this year and we have not got the deepest squad, maybe, and we have had new players this year.

‘We can only look forward and start fighting for fourth spot in the Champions League and try to win the FA Cup.’

Chelsea are currently fifth on the table and they look to qualify for Champions League next, Alonso has called on the team to give their all in the remaining games.

‘I think there’s been a lot of positives in both games against Barcelona and I think we have to show this desire in the next games and make sure that we win every game.


‘We showed until the last minute that we can play against any team and now we have eight finals and we have to make sure we play Champions League next year.

Fri Mar 16 , 2018
Real Madrid defender Raphael Varane has confirmed that Manchester United have made a transfer approach to sign him. Jose Mourinho is in the market to sign a new central defender in this summer, and the Frenchman has been one of the players linked with a move United. The France international […] 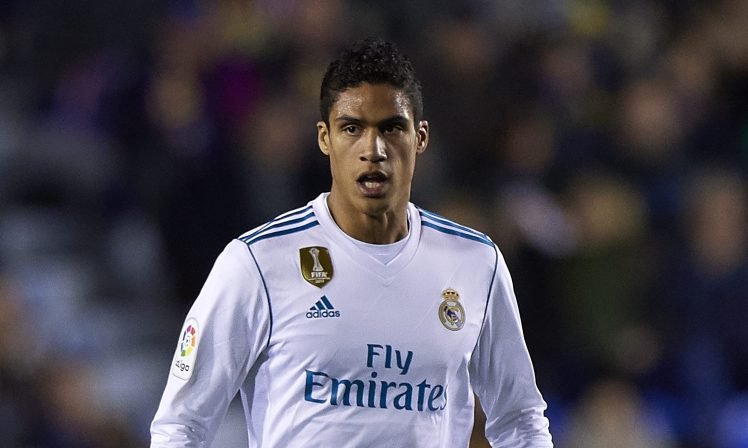